An isolated sliver of land between the towering Andes and the Pacific ocean, Chile boasts an incredible amount of sights packed into its length. Come with us on a journey through this extraodinary land, from the fire of the Atacama Desert in the north to the ice of Patagonia in the south – let us tell you, it is quite the adventure!

The driest place on earth, the Atacama is exactly what you’d imagine Mars to look like. Its stark beauty is in the simplicity of its shapes and colours – valleys and ridges formed of jagged triangles of rock and perfectly symmetrical volcanos all come in the same hues of red that shift to purples and blacks as the sun sets. These are the views you’ll get from simply staying put in vibrant desert hub San Pedro de Atacama but venture deeper and you’ll find a more varied palette. Vast rocky plains are broken by azure lakes populated with salmon-pink flamingos, the white geometricpatterns of a salt lake or the yellowish billows of steam produced by the geothermic pools and geysers. Being so dry, the Atacama is also the ideal place to stargaze; the night sky here is beyond compare, with galaxies, planets and constellations easy for the naked eye to feast on, night after night. Trust us when we say that the Atacama Desert is unlike anywhere you’ve experienced before! 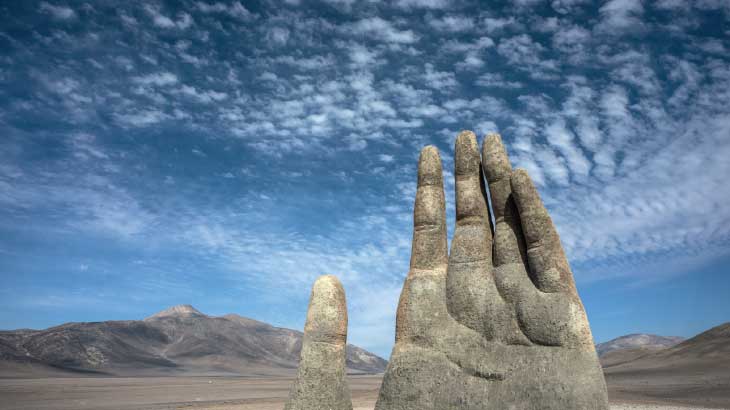 Nestled in a bowl created by the Andes mountains, whose peaks are easily visible from all over the city, Santiago is a lively and cosmopolitan place. Each of its vibrant neighbourhoods leaves, a unique impression – stately Centro, for example, is full of colonial architecture, Bellavista gives a relaxed and bohemian vibe while Barrios Brasil is a bit more boisterous. On the coast, 100 kilometres from the capital, the port city of Valparaiso has a ramshackle, roguish charm. Perched on the cliffs above the industrial seafront are its UNESCO-listed cerros neighbourhoods. Here, the narrow streets lined with colourful painted clapboard houses, chic cafes and boutiques, and artfully dilapidated mansions with astonishing views of the Pacific. Reached by rickety old funicular lifts, as you wander the maze you’ll find some incredible street art and a trendy, laidback vibe. 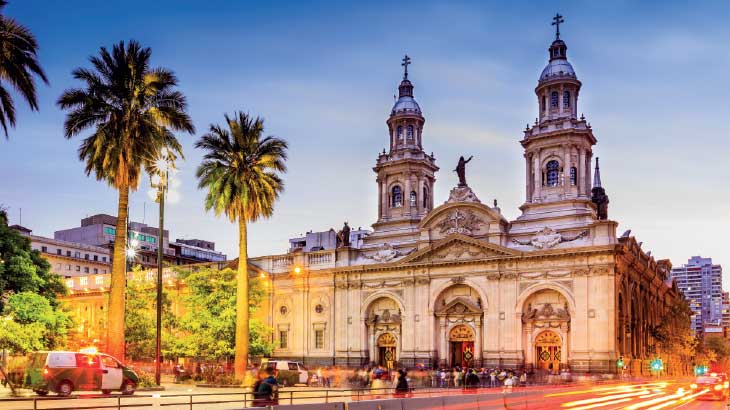 Thanks to a long resistance to the advances of both the Inca and the Spanish, Chile’s Lake District was long a region of simple farming settlements and the indigenous Mapuche people. Much of its thick forest remains intact today, dotted with deep lakes and watched over by snow-capped volcanoes. Towns such as Puerto Varas, on the banks of Lake Llanquihue, blend in with surroundings with an Alpine-esque style and offer a gateway in the gorgeous nature that it nestles in. The close by cone of Volcan Osorno offers hikes on its forested slopes in the summer, and skiing in the winter, whilst around it’s foot are waterfalls and lush greenery to explore. You can also venture to the Chiloé Island, part of an archipelago just off the coast, home to pastoral landscapes steeped in folklore and, often, an enigmatic fog. Chiloé is best known for its 150 charming wooden churches and the much photographed ‘palafitos’, colourful houses perched above the water on stilts. 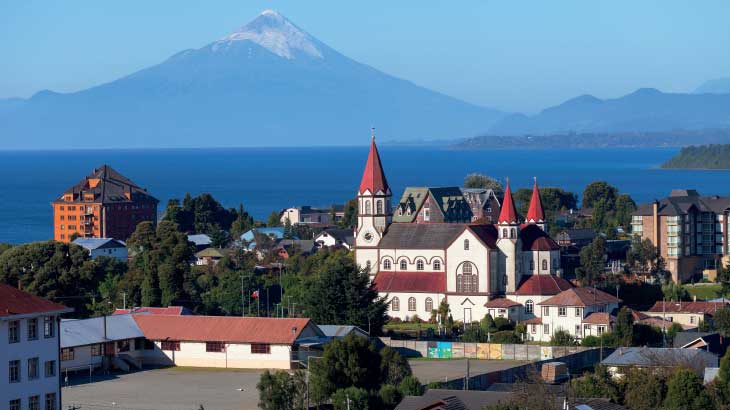 Encompassing the tip of the South American continent, Patagonia is a region of wild grey seas, ice and rock. Its landscapes are pristine and, thanks to its huge scale, incredibly diverse. From the colourful town of Puerto Natales, you can cruise the desolate waters of the Ultima Esperanza fjord to spot sea lions, snowcapped mountains and glaciers, before heading to Chilean Patagonia’s headline attraction, the Torres del Paine National Park. Centred around a massif of towering granite columns, the eponymous torres, this national park showcases the very best of Patagonia’s dramatic landscapes. Alpine valleys, grass meadows, dramatic peaks, sparkling blue lakes abound, all watched over by the mighty Grey glacier, this is nature at its most magnificent, and totally unmissable. 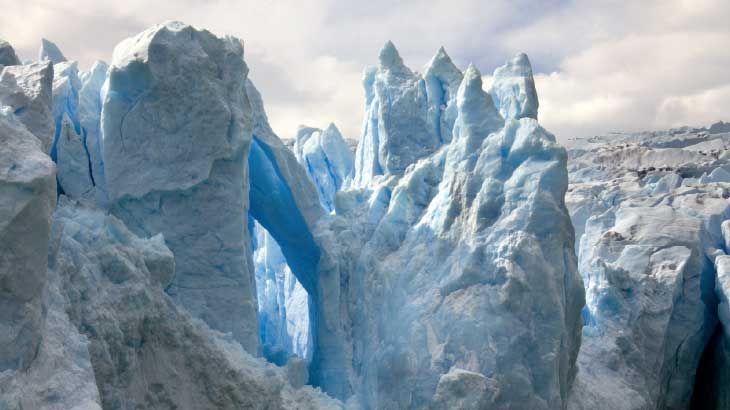