Temples and shrines, shrines and temples. It is impossible to wander a neighbourhood in Japan without passing at least one temple or shrine. They are some of the most peaceful locations you’re likely to find.

There are around 100,000 Shinto shrines and 80,000 Buddhism temples throughout Japan where locals visit and pray. They are also very popular sightseeing spots that attract many tourists from all over the world.  In just the city of Kyoto alone there is some 5,570! 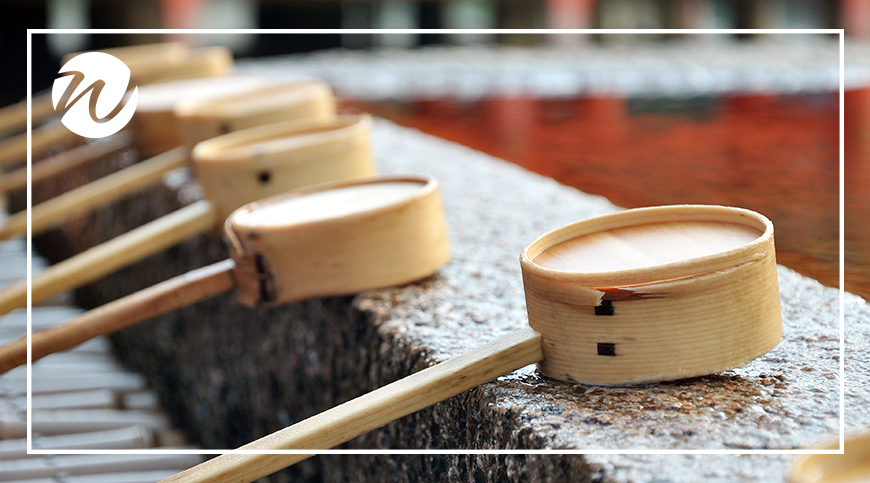 Cups to purify hands and mouth

WHAT’S THE DIFFERENCE BETWEEN TEMPLES AND SHRINES?

Most Japanese follow either the Shinto or Buddhist religions, or both. Shinto and Buddhism are often integrated in Japan, so it is not uncommon to find temples inside shrines and visa versa. From the big cities to the smallest towns, there will always be temples and shrines to explore. 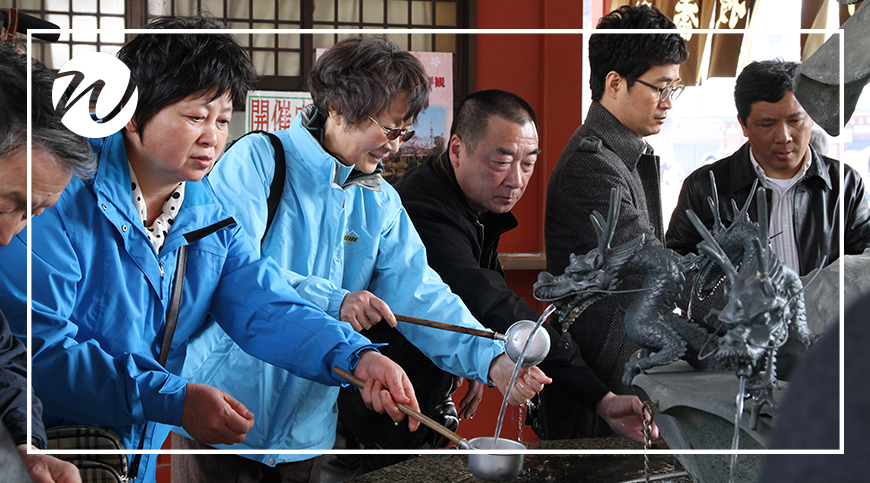 So how can you tell the difference between temples and shrines? Following are several ways you will be able to tell which you’re about to enter. The following features will help you distinguish them easily: 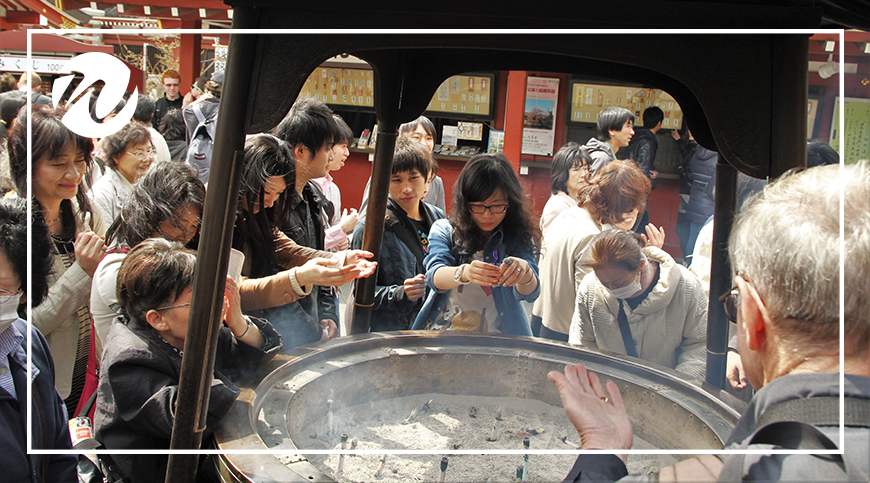 Cleansing at the entrance of Senso-ji Temple 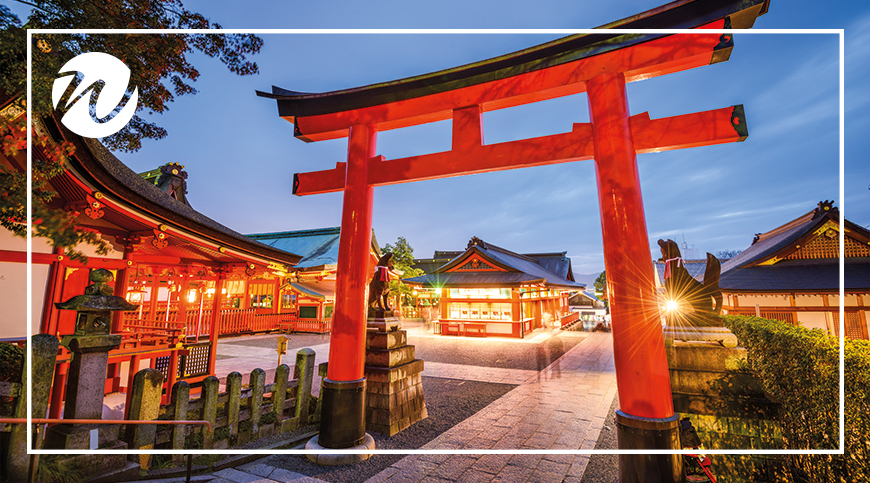 ETIQUETTE OF TEMPLES AND SHRINES

When visiting shrines, you should follow the example of locals if you wish to pray. First, throw coins into the box and ring a bell if there is one. Next, bow twice and clap your hands twice, and make a wish without speaking. During this, your hands should stay still together. Lastly, bow one more time. Temples don’t have any strict rules for visiting like shrines. You just need to be quiet, respectful and pray silently.

FAMOUS TEMPLES AND SHRINES YOU MUST VISIT

Temples and shrines are located all over Japan. 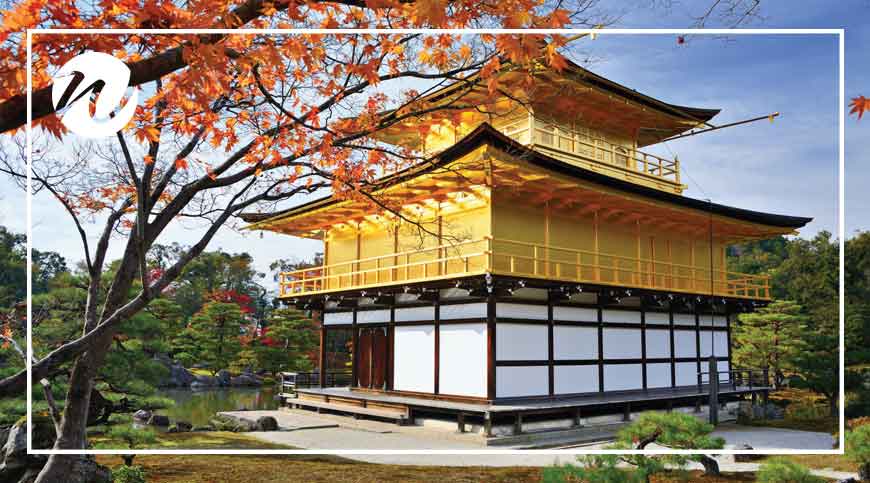 Kinkakuji was established in 1397 and is completely covered in gold leaf, shining above its reflecting pond. 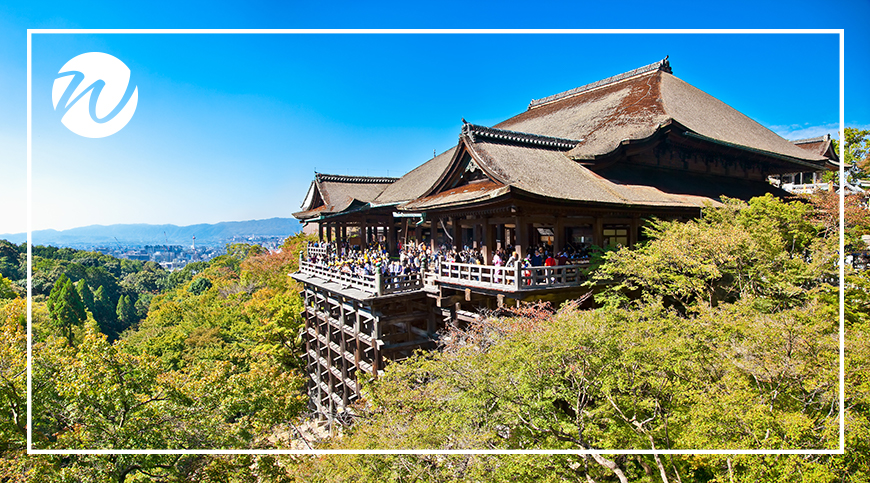 Home to the Goddess of Mercy is Kyoto’s “Pure Water Temple”. Thought to be over 1,200 years old, the Buddhist temple is one of Kyoto’s many UNESCO World Heritage Sites. 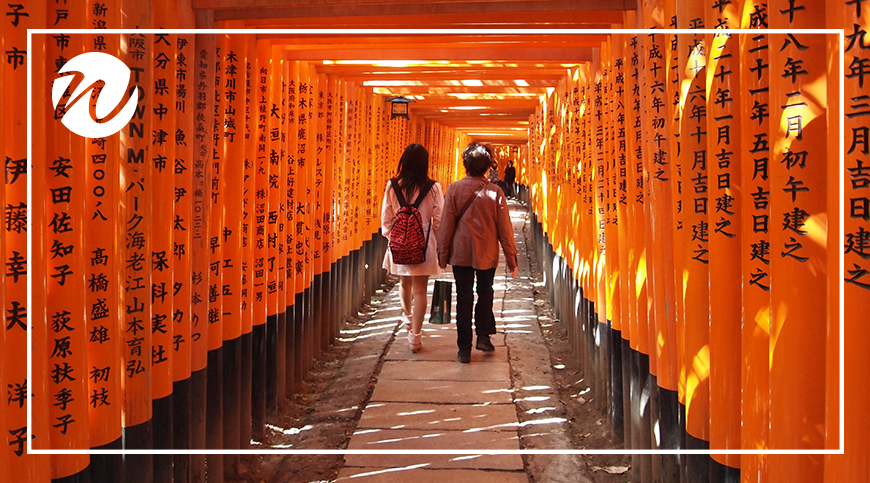 Fushimi Inari Shrine is famous for the thousands of red torii gates you can wander through, each inscribed with a donor’s name. You can walk as far as you like but from the top, you will have lovely views over the ancient capital of Japan. 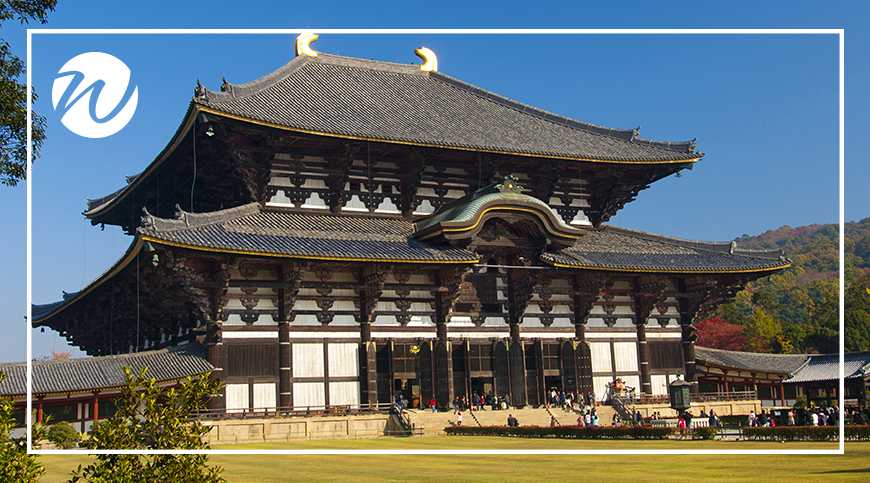 Todaiji is home to the world’s largest Buddha. The temple was first constructed in 752, and 2.6 million people directly contributed in some way to it. It is also famous for the countless deer that have made their residence around the temple. You can even purchase crackers the feed them – they will bow to you when requesting a cracker! 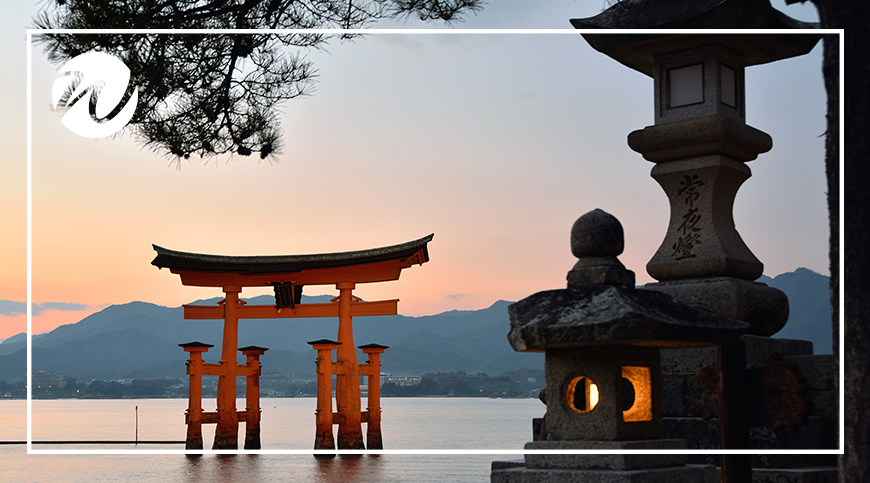 The torii gate of Itsukushima Shrine is different from all others in Japan – it is floating in the sea and completely exposed at low tide. The sunset view when the gate appears to be floating is truly spectacular! 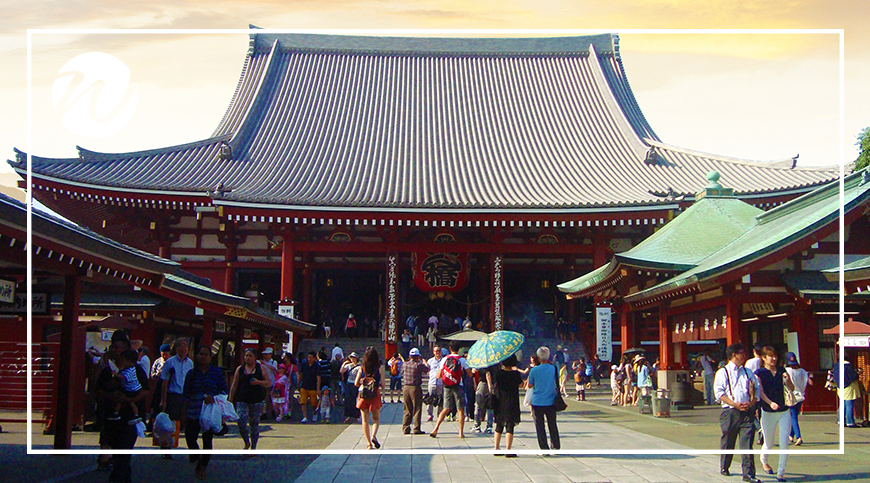 Three entrances to a Buddhist temple

Sensoji is Tokyo’s oldest and one of the city’s most popular temples for tourists. It dates back to 645AD. Legend tells of two fishermen who found a statue of Kannon in the nearby Sumida River. They gave it to their village chief who then remodeled his own home into a small temple, where the statue is still enshrined.

With so many amazing temples and shrines to choose from, the above is but a tiny sample of what you can explore. Book a small group escorted tour to Japan with Wendy Wu Tours and discover some of these amazing locations for yourself. The beauty of these sacred spaces will be further enhanced if you travel during cherry blossom or autumn leaves season.

Check out our Special Offers and some of our most popular blogs:

Traditional Japan – Step Back in Time

One thought on “Japan’s Temples and Shrines – A Brief Guide”