Do you feel like you’ve “done” Asia? We know all the usual suspects when it comes to bucket lists (think – Great Wall, Taj Mahal, Angkor Wat, Mt Fuji) – but what are some Asia bucket list experiences that are perhaps not as mainstream, or that you may not have considered? Have you ever said to a friend “I really want to go to [insert place]” and they’ve given you a blank expression followed by where? If you’ve ticked off the famous sites and are looking for something different – this is the Asia bucket list for you. Delve deeper into this phenomenal continent and feel that thrill of new discoveries and adventure once again.

Southwest China deserves full rights to be near the top of any Asia bucket list. Yunnan is a place of wide-open spaces, natural beauty and a colourful assortment of minority groups. If you think China is just crowded cities, then think again. This region is the opposite of that. Yunnan is a place of myth and a poet’s dream. Cobblestone streets, markets, rice terraces, mountain passes, temples and an old-world atmosphere abound in towns like Dali, Lijiang and Zhongdian. 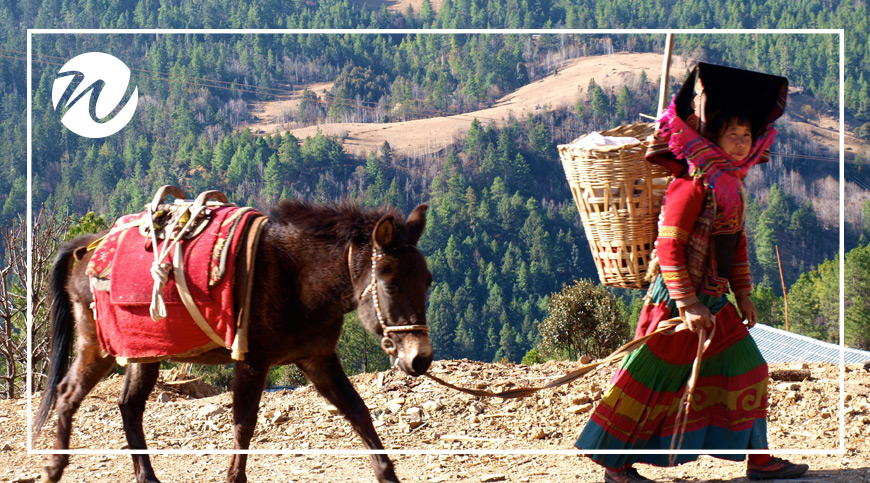 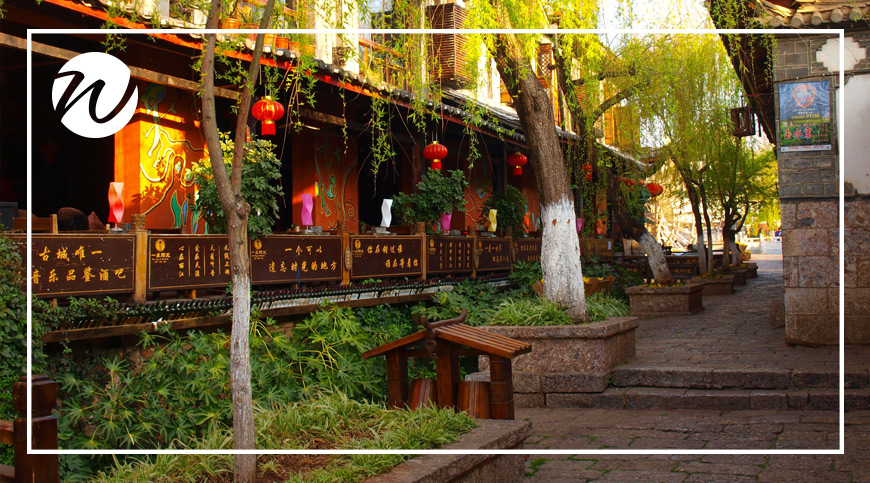 The people of Yunnan are a colourful mix of minority groups (the Dai, Yi, Li and Naxi peoples) and Han Chinese.  The local dress changes from one region to the next. Yunnan is reminiscent of a golden age that preceded the rapid industrialization of China. If this is the China you’re looking for, then Yunnan is the place for you.

Check out our Yunnan Adventure

To understand this mysterious, peaceful, Asia bucket list location in Japan, you need to experience it first-hand. The soul of Kobo-Daishi is ever-present. He is the father of Shingon Buddhism and founder of Koyasan, the epicentre of this school of Buddhism. There are over 50 shukubo in Koyasan – active temples that travellers can stay at and experience the life of Buddhist monks. From Osaka, it’s a 1.5 hour train, cable car and bus trip through the mountains and dense forest. Enjoy the peaceful exploration of several locations in the village, including the Garan temple complex and Okunoin cemetery. Accompanying along the way will be numerous pilgrims, dressed in white robes. The cemetery is the centrepiece of the town. Stroll through 2km of cedar-fringed paths past 200,000 moss-clad tombstones. The vibe is surreal but it is truly impressive. 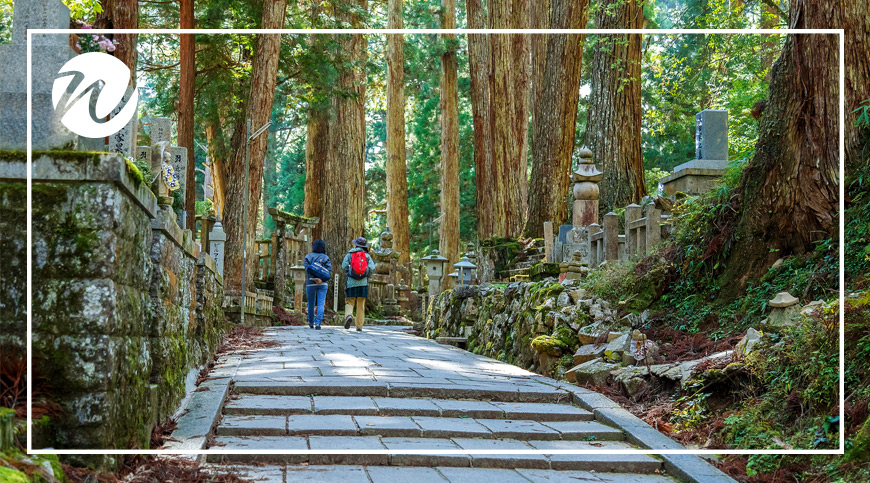 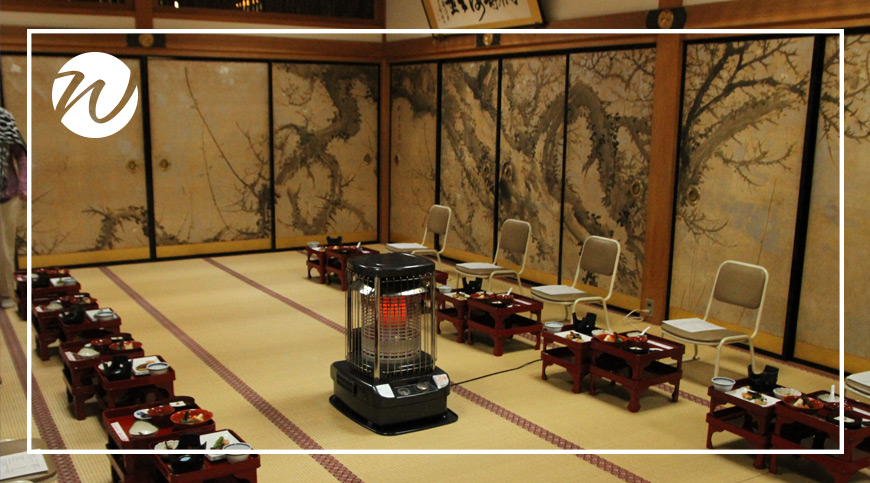 Guest rooms in the temples are traditional with rice paper sliding doors, tatami mats and futon bedding. The gardens are serene and striking. The food at the temple is simple vegetarian and you will spend your time here in peaceful reflection. But, do not sleep in – rise early for the Morning Prayer service – it is something to behold. Shingon Buddhist monks have fire as part of their ceremony, said to destroy negative energy and cleanse the soul. The chanting and building of the flames is hypnotic and a deserved Asia bucket list experience.

Trails of Japan might be the tour for you

There’s simply no feeling of space, isolation, and peace like how you will feel standing in the great expanse of Mongolia’s steppes. Pristine, postcard-perfect locations like the Gobi Desert, Great White Lake and the Singing Sand Dunes will etch themselves into your memory for life. The entire experience in Mongolia should be on any Asia bucket list. It’s just phenonenal and a world away from life as we know it. 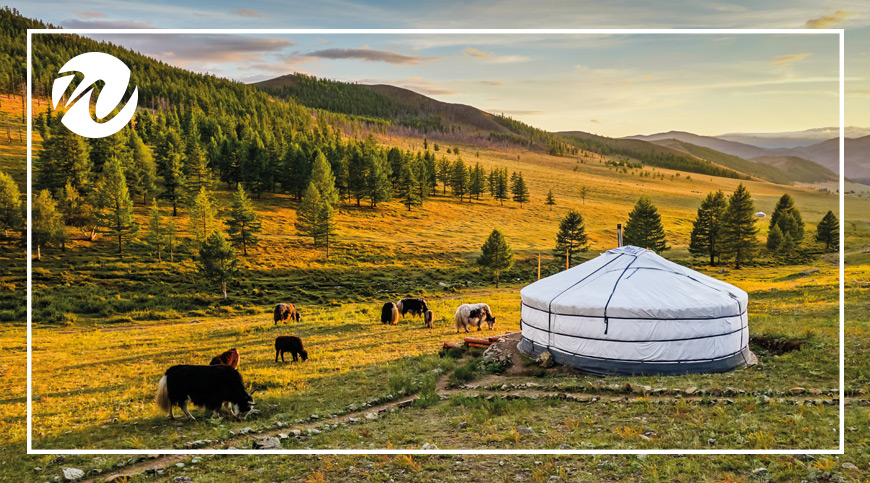 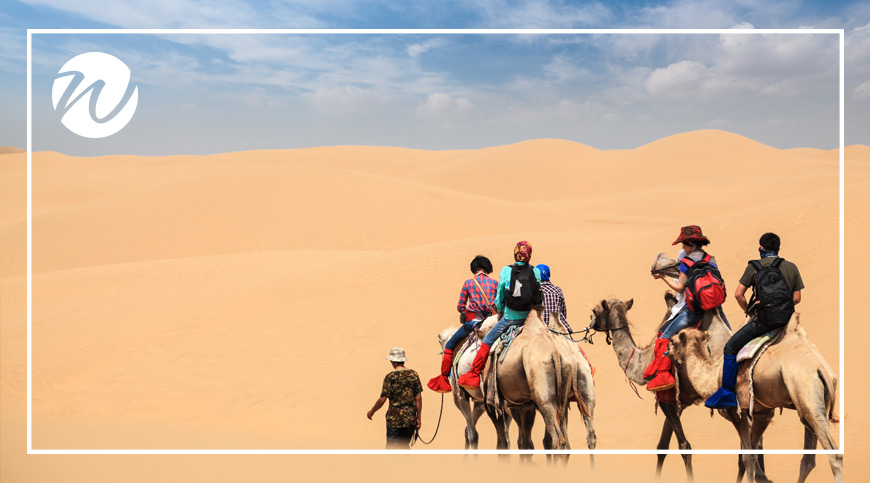 Escape Ulaanbaatar and head to the countryside to stay in Ger Camps, and meet the families who still live a traditional nomadic lifestyle. If you travel in July, you may be lucky enough to experience the cultural extravaganza of the annual Naadam Festival.

Take a journey on Mongolia & the Naadam Festival

The Silk Road trading route was the world’s first highway. It ran for over 4,500km through a series of desert and mountain crossings. Traders would set out from Xian and venture westward to Kashgar, through Central Asia and finally to Rome. Along with the trade of goods, the Silk Road also fostered an exchange of art, ideas and culture. 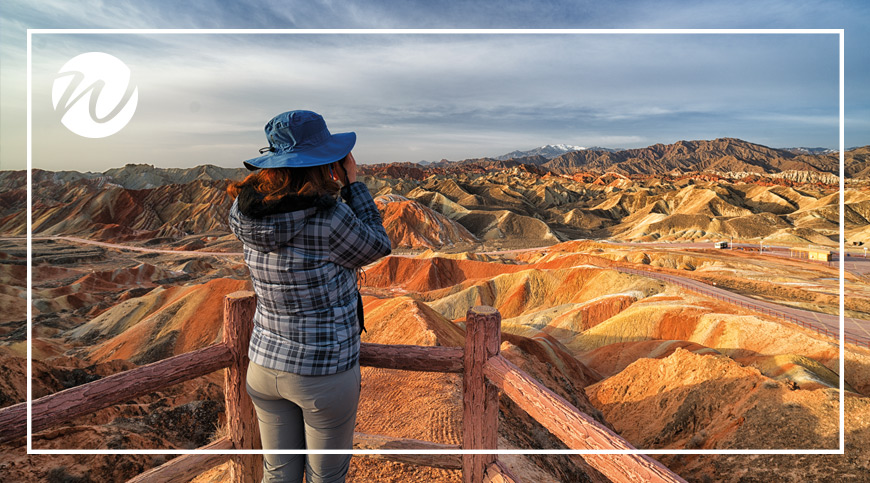 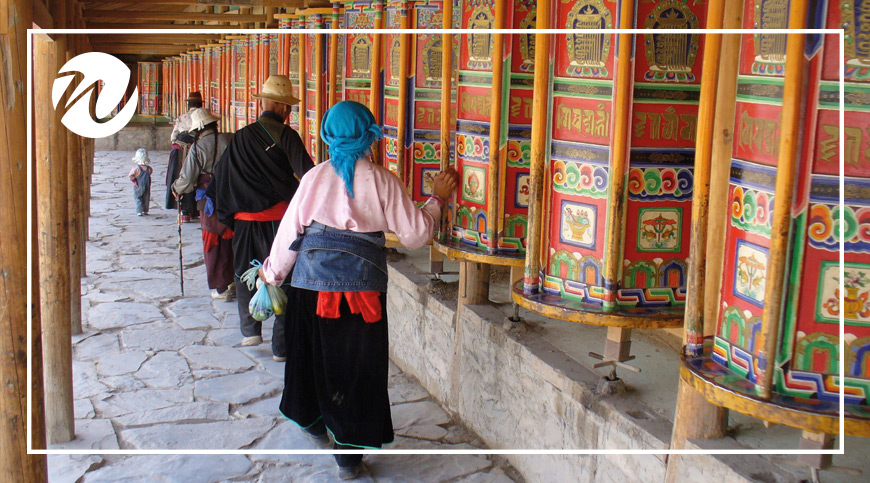 Experience rail and overland adventures and explore sites of interest such as Labrang Monastery, Thousand Buddha Caves, the kaleidoscopic Danxia National Park, Crescent Moon Spring and the bazaars of Kashgar. This is truly an adventure of discovery.

Explore the Silk Road for yourself

This fiery crater is like something out of a movie. The Darvaza Crater has been burning since 1971 in the sprawling Karakum Desert in Turkmenistan. The crater is 70m in diameter, up to 30m deep, and the glow radiates for miles. So, how did this crater come to be? In 1971, a Soviet drilling rig accidentally pierced a huge underground natural gas cavern, causing the ground to collapse. To head off a potential environmental catastrophe, they set the hole alight and it has been burning with ferocious rage ever since. 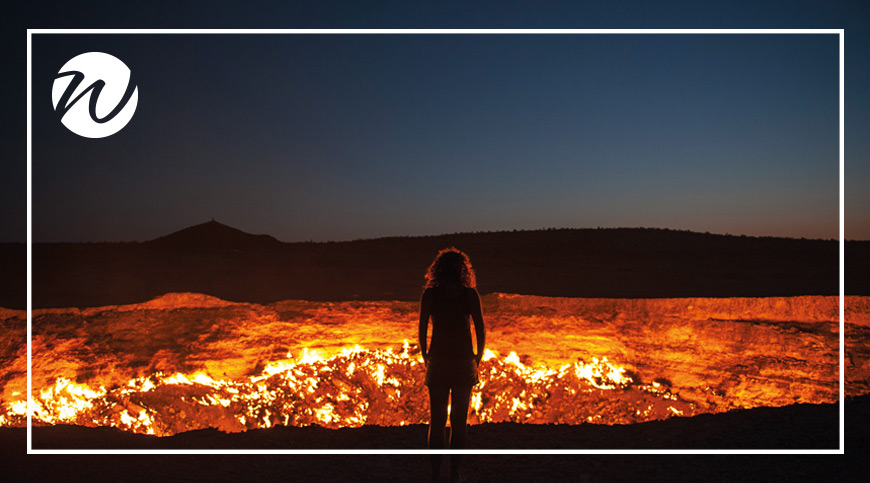 It is best to visit this location as part of a group tour as there is little infrastructure or transportation to get independent travellers out there – it’s that remote. Camping at the Gates of Hell is for many, an all-time favourite campsite – up there with the Serengeti plains or Mongolian steppes.

Discover the Gates of Hell and Central Asia’s ancient lands

While India itself is a bucket list country for many, to stand in the heart of a rainbow-coloured crowd during the Hindu celebration, adds another layer to this. Many have tried to replicate Holi through colour runs; etc but to experience the authentic Holi festivals IN India, immersed in the Hindu culture is what many seek. Here’s one for the sports lovers! Cricket is a national obsession in India. To take it to the next level, head to the HPCA Stadium in Dharamsala, a ground that has arguably the best backdrop, surrounded by the snow-capped Himalayas. The Dalai Lama and the Tibetan government in exile reside at Dharamsala, and so, it is often called “Little Tibet”. Many come here to soak up the Buddhist traditions and hike in the surrounding countryside.

Take a different trail through India on Himalayan Heritage Trail

Yi Peng is part of the festival of lights in Northern Thailand. The date usually falls in November to coincide with Loi Krathong which all of Thailand celebrates with floating lights and candles on water. In Northern Thailand Yi Peng, sends lights high into the sky on lanterns – hundreds and thousands. The sight is breathtaking in photos – to see for yourself, would be mind-blowing.

Explore Northern Thailand with us.

Phong Nha-Ke Bang is a UNESCO World Heritage Site located in Quang Binh Province, north-central Vietnam, near the north-south demarcation line. The spectacular caves, karst formations and underground rivers date back 464 million years. The park is home to the Hang Son Doong Cave, the world’s largest cave. You can even enter some caves on board a dragon boat. 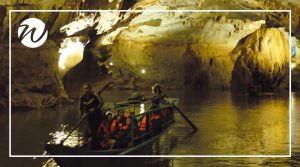 Phong Nha is still quite new to tourism, so the natural beauty remains quite undisturbed. You will need a couple of days at least to completely explore the area so don’t sell your time here short. Add this to your Asia bucket list before the rest of the world finds out!

Bagan was the capital city of the first kingdom of Myanmar from 9th to 13th centuries. Located in central Myanmar, southwest of Mandalay, Bagan is home to over 2,000 ancient temples and is one of the world’s premier archaeological zones. Bagan is real, raw, and untouched. The amount of history and culture that you get to experience here is incredible. You can explore on foot, by bike or even by ox-cart. It would be impossible to visit all of the temples unless you had an endless amount of time. Some have the architecture to admire, some sparkle with gold, some make you feel as though you’ve stepped back in time and others give a sense of calm and solitude, so do your research to ensure you seek what you’re searching for. 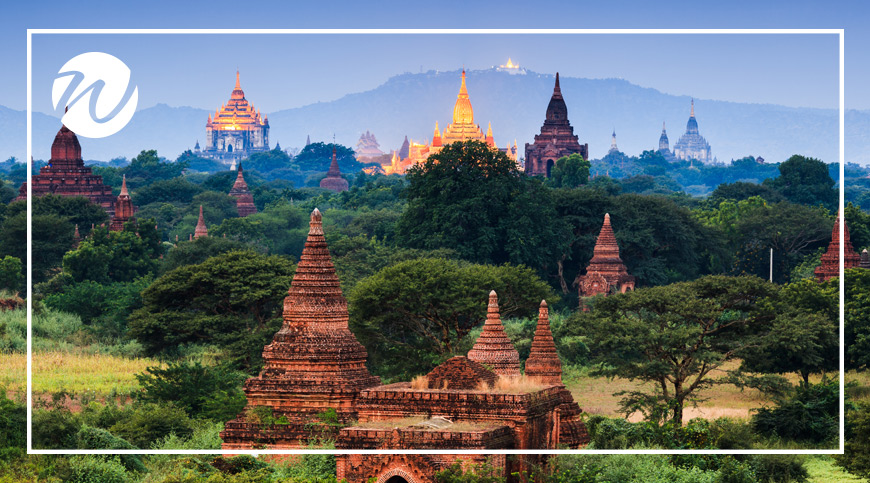 Take an ancient journey through Myanmar

Kerala in southern India is paradise on earth. Warm weather, beautiful beaches, languid backwaters and canals, and lush green hill stations are some of the main reasons Kerala State is bucket list worthy. While the more popular parts of India such as the golden triangle with its palaces, forts and of course Taj Mahal are often the first stop for India travellers, Kerala offers a more laid-back but still culturally rich introduction to India. The backwaters of Kerala comprise a system of interconnected waterways. You can spend a night or two drifting along these on a “kettuvallam” – converted rice barges, now houseboat. Pass swaying palm trees, emerald rice fields, fishermen and families going about their day. 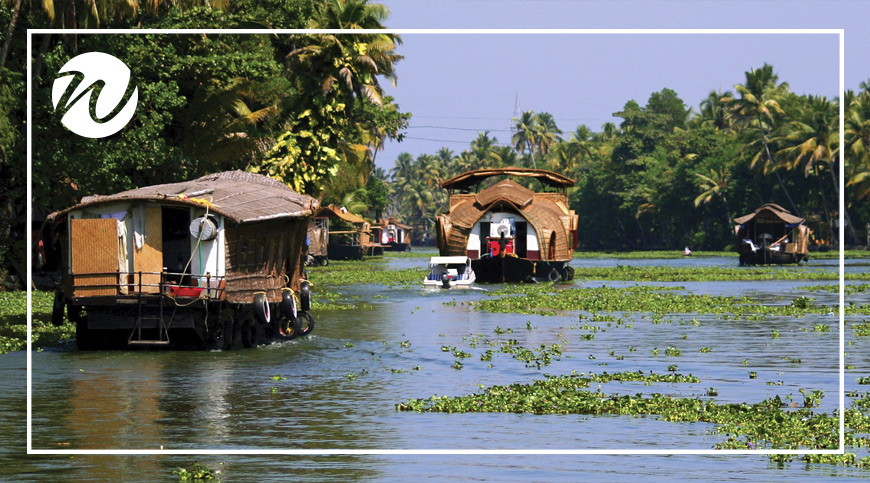 Did I also mention the food? Keralan cuisine is delectable – sometimes spicy, but with a mix of fresh vegetables, exotic fruit, and also locally grown aromatic spices. And seafood features heavily. Yum, yum! A cooking class is therefore an essential part of any visit to Kerala. Show off to your friends when you get home!

For extra chill, Kerala is the home of Ayurveda, one of the world’s oldest forms of traditional medicine. Techniques include yoga, meditation, diet, massage and the application of oils. There are many resorts that offer these treatments. Who said Asia bucket list experiences need to be active?

Embrace a different side of India in Kerala

So, do you think you’ve still “done” Asia? On the other hand, did that Asia bucket list just grow a little longer?

Keep Reading! Check out our Special Offers and some of our most popular blogs: