Colour me happy India! Holi Festival is most definitely one for the bucket list and in 2018, falls on 1-2 March. Here are some colourful facts you must know about India’s Holi Festival.

Holi Festival is the Hindu festival of colours and relates to ancient Hindu tales. One tales tells of a female Hindu demon named Holika – ‘Holi’ comes from her name. She was defeated when she tried to destroy a young god with fire. Another tale is a love story about the blue-skinned god, Krishna, and his declaration of love for Radha. Krishna confirmed their love by painting her face blue, like his, to symbolise their love.

The meaning of Holi Festival ranges from the victory of good over evil, the arrival of spring and also, for some, the day for new beginnings and a time to forgive past wrongdoings.

Holi marks the last full moon of the Hindu calendar’s lunar month, Phalguna. Consequently, the date changes each year as the timing is synchronised with the moon cycles. Generally Holi is in February or March. While it is unknown exactly how long Holi Festival has been around, there is mention of it in poetry from the 4th century. 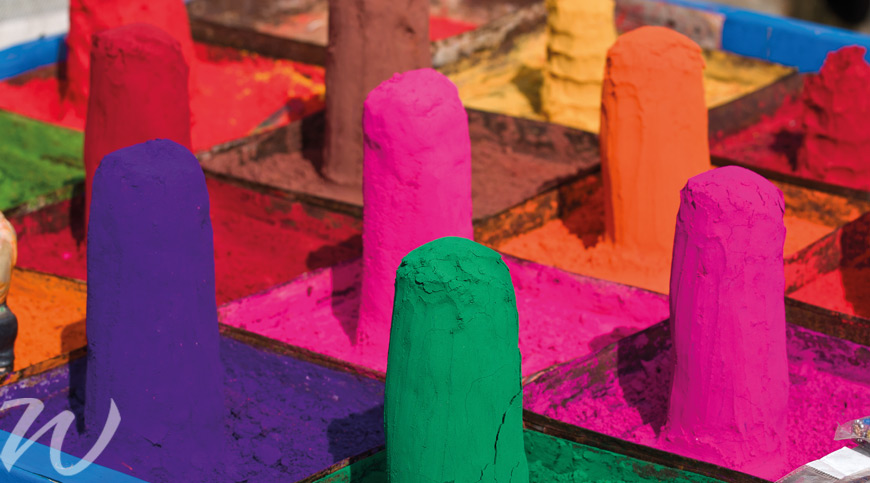 Coloured gulal is used during celebrations

What can you expect if you venture to India for Holi Festival?

The celebrations kick off with a Holika bonfire on the first night. Groups gather to sing, dance to drums, and also burn wood and dung pyres. Celebrations symbolise the triumph of good over evil. The next day is “Rangwali Holi”; the streets transform into a colourful carnival kaleidoscope, as people throw fistfuls of powder in the air in mass celebration this day. The rainbow-coloured powders cover everything and everyone! If you’re nearby, there’s no escape! 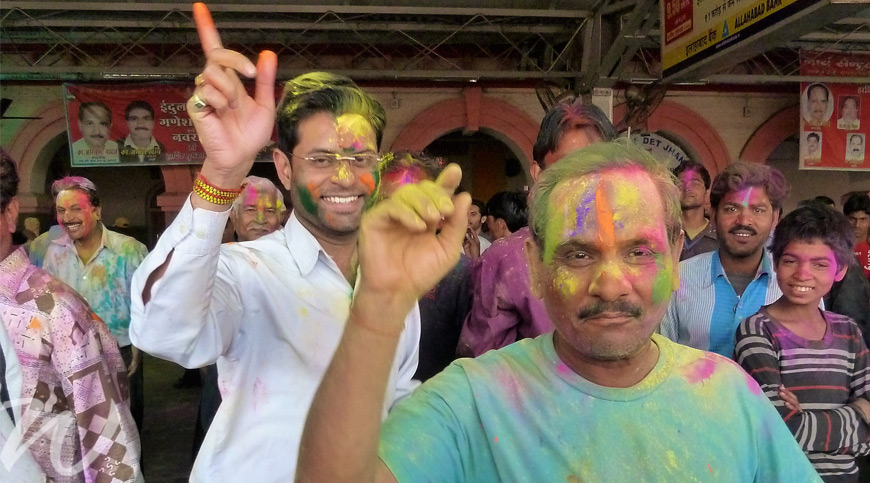 Celebrations take to the streets of India 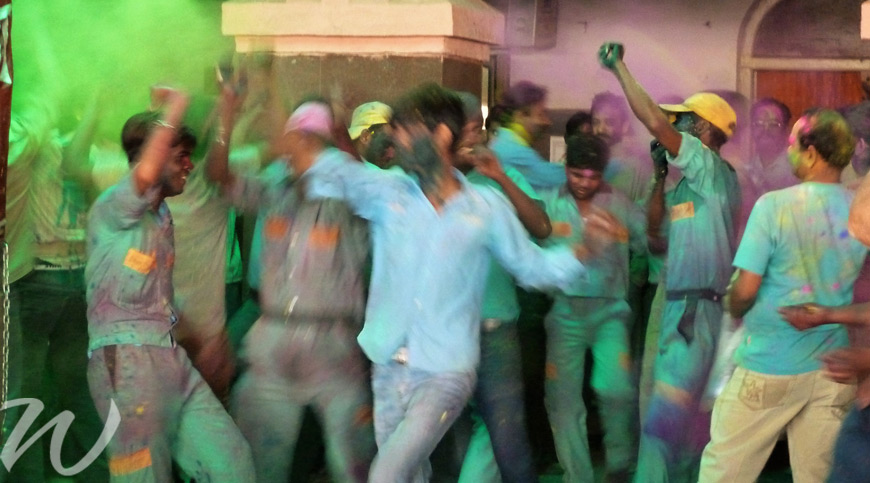 A blur of colour and celebration in Agra

After the excitement on the streets, locals refuel with scrumptious Holi delicacies. Gujiya is a deep fried sweet dumpling filled with condensed milk and dried fruits. Thandai is a cold drink made from almonds, fennel seeds, rose petals, cardamom, saffron, milk, and sugar.

While the powders and pigments are completely non-toxic, locals advise to put oil in your hair and to also moisturise your skin beforehand so the colour is easier to remove. Leave any valuables, like smartphones or cameras, out of the way of the vibrant pigments and maybe leave the good clothes at the hotel that day! 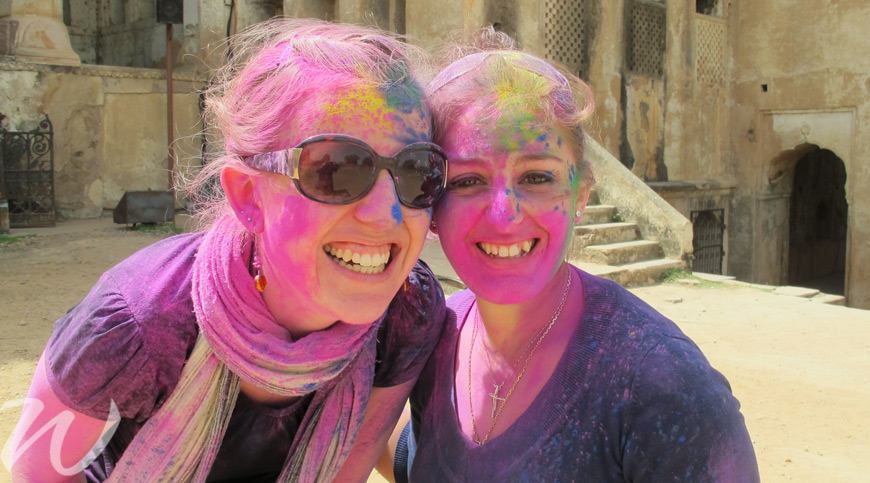 Nowadays Holi Festival is a global celebration. But, there really is no better way to experience this celebration than in India itself.

Fancy getting colourful for Holi in 2019? Wendy Wu Tours small group tours around India’s Golden Triangle will allow you to tick off all the iconic sights and celebrate Holi. In 2019, the festival falls on 20-21 March. Browse our India adventures today.

One thought on “Holi Festival: Colourful Facts to Know”