Firstly, where is Pyeongchang?

The host city of the 2018 Winter Olympics is in the northeast part of South Korea, about 160km from Seoul and around 80km from the North Korean border. Pronounced “pyuhng-chahng,” Pyeongchang is located in the picturesque Taebaek Mountains – in fact, 84% of the region is mountainous – perfect for winter sports! 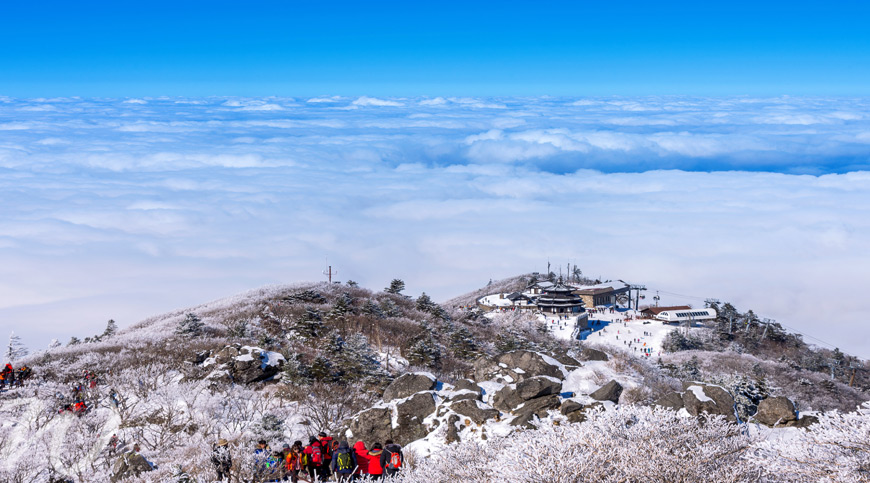 South Korea is an often overlooked as a travel destination, but it is a culturally rich land of dynastic ancient ruins, fables and legends, extraordinary natural landscapes and vibing modern cities. With a history dating back over half a million years, you can wander the streets through new trendy areas one moment, and the next be surrounded by a maze of ancient alleyways and street markets.

Winter Olympics sports – they may seem a bit strange!

Competitors are seen flying, gliding, sliding and skating their way to victory. Let’s brush up on a selection of the 102 events in 15 different sports that make up the Winter Games.

Of the entire alpine ski racing disciplines, downhill is the one that focuses most on pure speed – skiers reach blistering speeds of up to 130km/h. Skiers tuck in and endure dips and tight turns along the steep course. 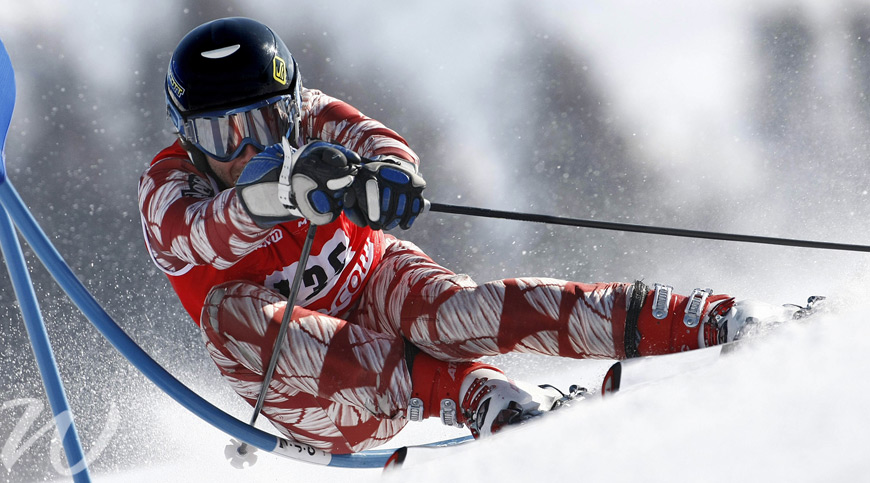 Giant slalom is a more technical event, as opposed to the speed events of downhill and Super-G. Skiers race down a course of poles set further apart than in slalom, and reach speeds of around 40km/h.

Dynamic, adrenaline-filled, cross-country skiing combined with the composed focus of marksmanship – welcome to Biathlon. The sport originated in Scandinavia where the locals would hunt in the forests on skis, navigating the mountainous countryside.

Cross-country skiing was the principle way to get around in snow-covered Scandinavia. At the end of the 19th century, it became a gruelling sport where the racer propels along the flat course using long poles and a tremendous number of calories. Events are of different lengths, from a 1.5km sprint to a 50km endurance race.

Aerialists ski down a sheer slope, off a steep-faced jump to launch high in the air. While airborne, they have minimal time to perform complicated flips and twists before landing on the steep slope below. Scores are assigned for clean take-offs and landings, as well as the skill levels and execution of the twists and flips.

This sport looks painful on the knees! Mogul skiers race down a slope of hard snow bumps. It takes mammoth amounts fitness. Skiers can cover as many as four bumps per second, their legs acting like pistons as their bodies absorb the impact and direct them straight down the slope. Add to this two required aerial jumps where tricks are performed, and this makes for a short but gruelling sport.

Halfpipe has its origins in skateboarding. Snowboarders and also skiers alike glide through vast channels cut from the snow to resemble half a pipe, leaping high above the lip on either side to perform spins, tricks, and grabs. 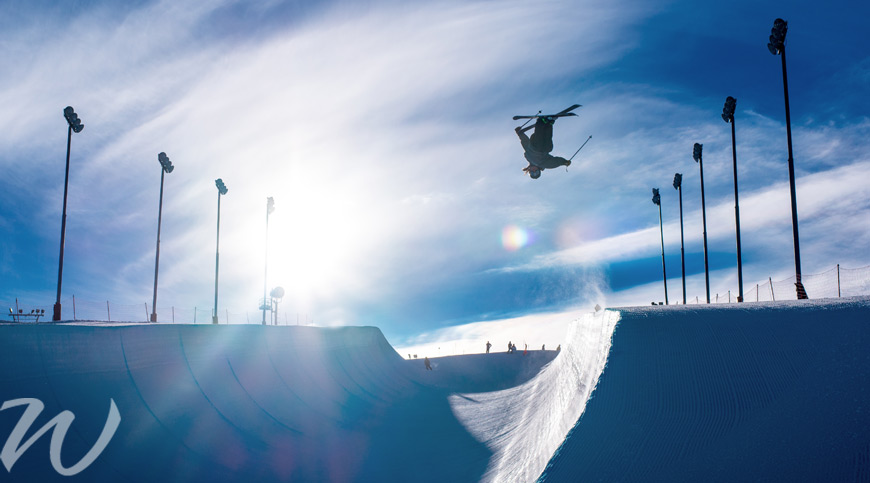 Gliding and soaring through the halfpipe

More commonly known as boardercross, snowboard cross sees four to six snowboarders frantically race down a fast course. This makes for exciting viewing and spectacular wipeouts as Winter Olympics competitors collide and bounce off each other mid-course.

The film Cool Runnings put Bobsleigh on the world’s sporting radar. It is another exciting winter sport that sees feather-light sleds hurtle down a winding ice track, seemingly defying gravity. Men compete in four-person and two-person events, whilst women compete is a two-person event.

Skeleton sees competitors ride a tiny sled down an ice track while planking face down and reaching speeds of up to 130km/h. Consequently, this sounds insane to me!

Curling is a game of skill and of tradition – according to The World Curling Federation. Many find this sport hard to take seriously, but it does indeed involve a lot of skill. Teams compete in 10-aside events on temperature-controlled ice that sees a 20kg stone pushed towards a series of circles. The aim is to get the stone as close as possible to the middle circle. Think lawn bowls on ice, sort of.

Figure skating is the darling of the Winter Olympics and one of the oldest sports on the programme. Skaters compete in singles, pairs and ice dance events. 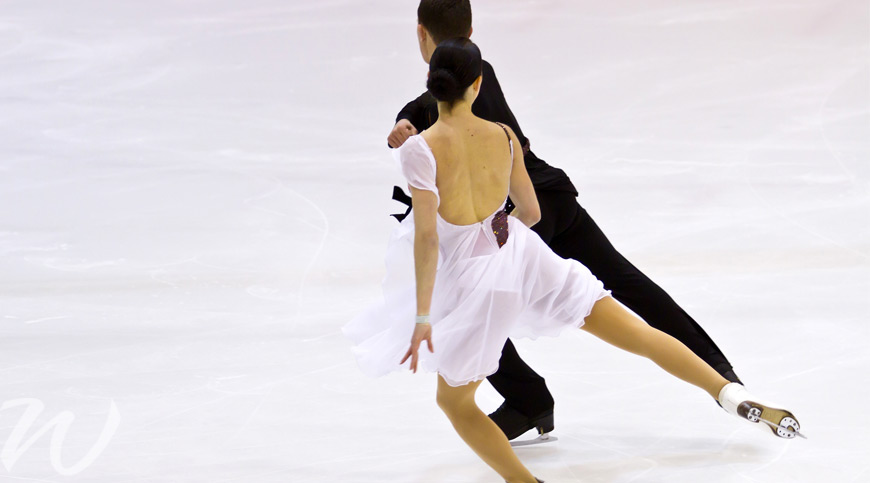 The beauty of figure skating 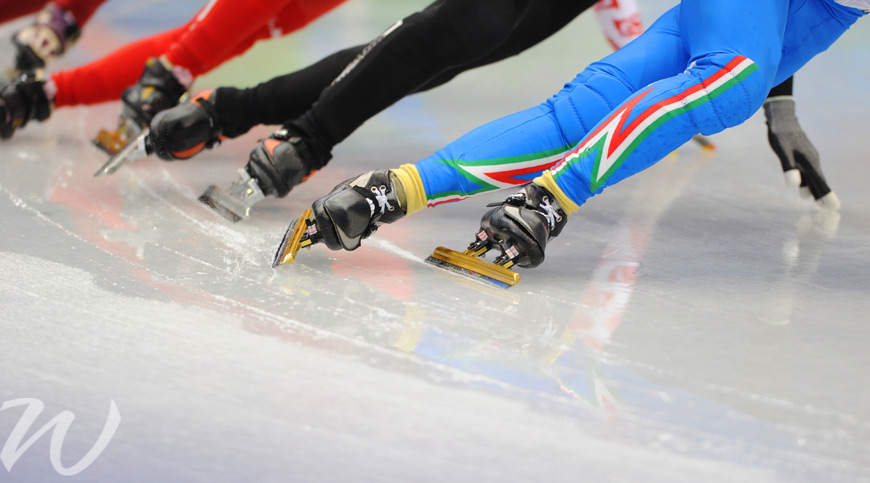 Speed Skating on a knife’s edge

You can see the competition schedule here and see when the Aussies will be going for gold!

You may have missed attending the Winter Olympics in South Korea in 2018, but there’s plenty of time to think about 2022 in Beijing! What better way to spend your China holiday!

Check out our website for inspiring travel information about South Korea.