As we dust ourselves off from the Western festivities to welcome 2018, a quarter of the world is preparing for its own celebration, the Chinese New Year of the Dog. In Australia, we prepare the barbecue, in China more than 1.3 billion people prepare ‘lucky food’ for the New Year’s Eve Reunion dinner where families gather to begin a 16-day celebration.

The Chinese New Year is the largest human event on the planet. Celebrations are held over 16 days from 16 February 2018 until the dramatic conclusion with the Yuan Xiao festival (lantern festival) on the night of the full moon on 2 March. China, along with Hong Kong, Macau and nine other Asian countries, will holiday under the glow of the biggest fireworks spectacular on Earth to welcome the lunar calendar Year of the Dog – the Earth Dog to be specific. 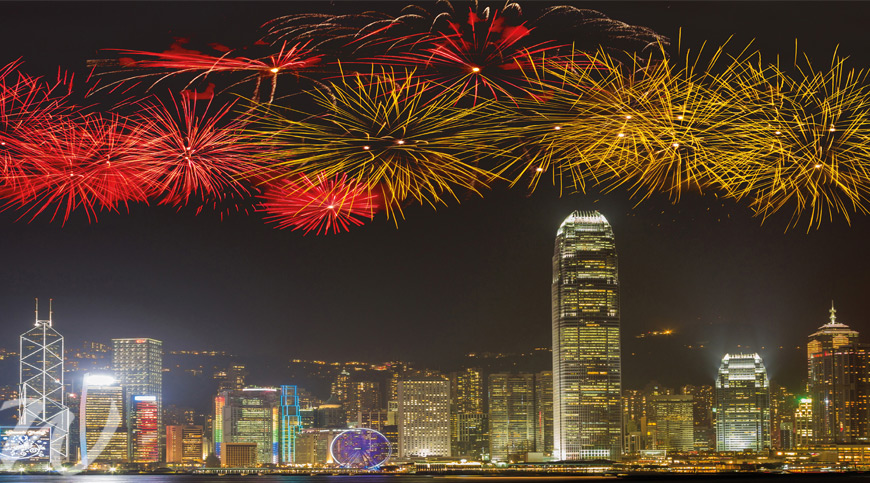 Fireworks light up the sky over Hong Kong Island

Dogs are animals that symbolise loyalty, faith and also intelligence. Warm, full of energy and with a generous nature towards others, the dog has a long history as man’s best friend. Bearing this in mind, 2018 will bring prosperity, mostly to those who, like the dog, are proactive, work hard and communicate well. Exceptionally perceptive, the Earth Dog is kind, resourceful and also adept at communicating.

The Year of the Dog is set to offer abundant opportunities for those who follow their heart and embrace positivity. If you show generosity to others, you will reap the highest benefits.

The exact origin of the 3000-year-old celebration is unknown, but according to tales and legends, it started with the fight against a mythical beast called the “Year” which looks like an ox with a lion head and inhabits the sea. On the night of New Year’s Eve, the “Year” will come out to harm people, animals, and properties.

What You Need To Know

An important part of the celebrations is preparation. Traditionally, New Year’s activities begin with the ‘small year’ on the 23rd or 24th of the last month of the Chinese New Year. This is when the food god leaves the family and heads to heaven to report the activity of family to the Emperor of heaven. Households say farewell to the food god by taking down and burning the paint of the food god in the kitchen, and after New Year’s Day, they start the tradition again. A few days before the Chinese New Year, houses are scrubbed to remove the old and welcome the new. After the cleaning, houses are decorated in red with upside down fu, dui lian, lanterns, papercutting, door gods and this year, images of dogs.

Food is extremely symbolic during the New Year celebrations and is as much about the preparation and serving as it is the flavours.

The most common foods you expect to see during Year of the Dog celebrations are:

At midnight, fireworks illuminate the sky to celebrate New Year of the Dog and to drive away evil. The tradition began, according to legend, when a monster called Nian would come out to eat villagers and destroy their houses every New Year’s Eve. The villagers discovered that burning dry bamboo produced an explosive sound that scared away the monster. 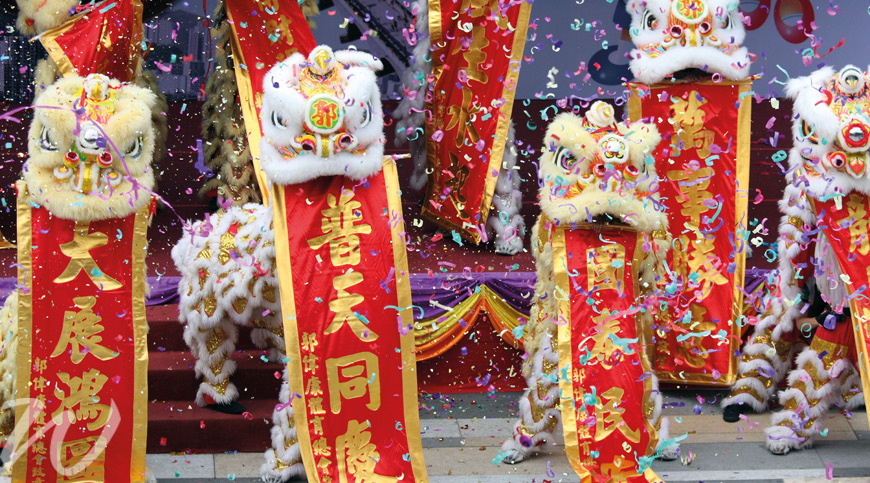 Like at Christmas in other countries, people exchange red envelope gifts during Chinese New Year to the elderly and children. The significance of red envelopes is the red paper, not the money inside. Wrapping money in red envelopes bestows more happiness and blessings to the receivers.

One the final day of the Chinese New Year is the spectacular lantern parade takes place. This symbolises letting go of your past self. During the festival, the Chinese obtain new lanterns to release the following year.

Xian City Wall Festival: With a long history, Xian pays great attention to this festival. Well before the holiday begins, the wall comes to life with colourful lanterns. For folk culture, head to the Tang West Market and Small Wild Goose Pagoda. You will see lion dancing, paper-cutting, sugar figurine making amongst other heritage shows. 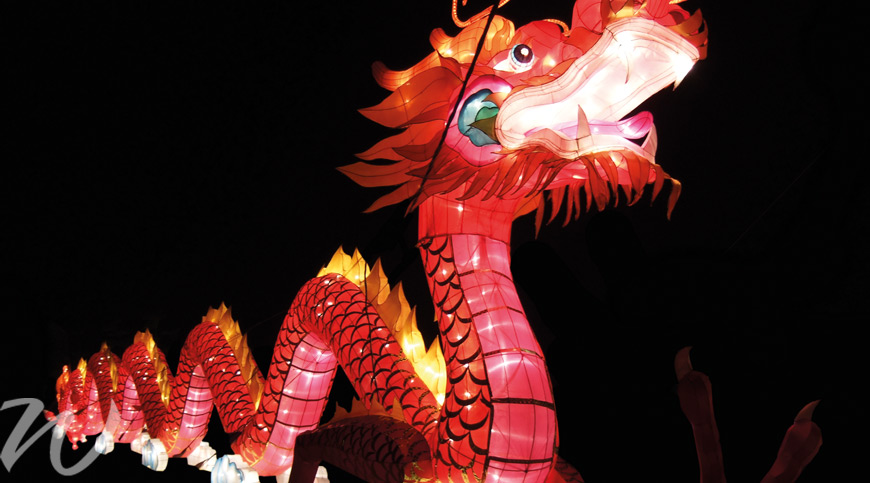 Beijing Temple fairs: There are a series of outstanding fairs around Beijing, some dating back to the Ming and Qing dynasties. You’ll see traditional crafts such as blown sugar art, clay art, calligraphy scrolls and decorative paper. Such items symbolise good luck. There will be puppet shows, kung fu demonstrations, lion dancing, and stands overflowing with regional food delights. 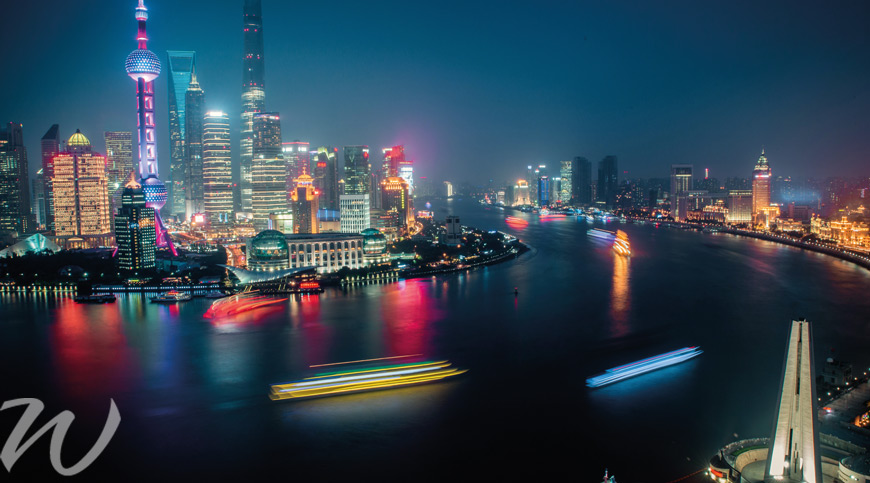 Harbin: For a change of festival scenery, observe the festivities in this city covered in snow and ice. The Central Street is the best choice if you want to learn Chinese culture. Visit Harbin Ice and Snow World and the Ice Lantern Garden Party to enjoy the city’s profound ice culture.

Guangzhou: Also called the Flower City, Guangzhou hosts the Chinese New Year Flower Fair. On the eve of Spring Festival, the streets are decorated with fragrant and beautiful fresh flowers, golden tangerines, and elegant miniature landscapes, looking like rivers of flowers in the distance. It is local etiquette to hand out red envelopes to visitors during the fair.