The Naadam Festival is Mongolia’s biggest celebration. Mongolia’s population is sparsely distributed, but many live in the lively capital of Ulaanbaatar. The main festivities are held here, but every province throughout the country also celebrates. For travellers to Mongolia, the weather is usually warm and sunny – perfect for celebrating! 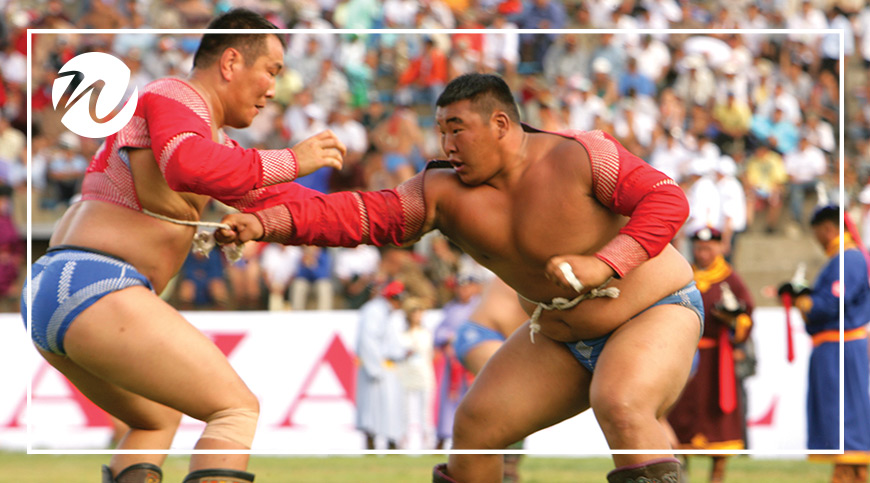 Wrestling, one of the three manly games 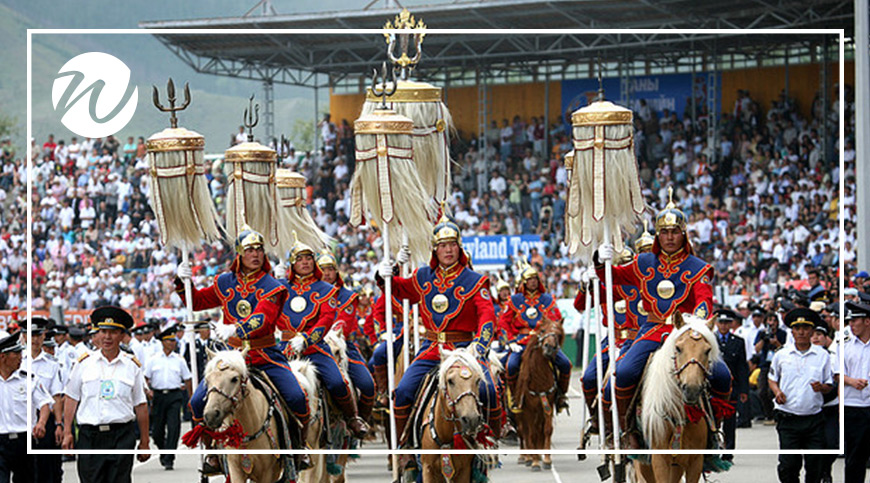 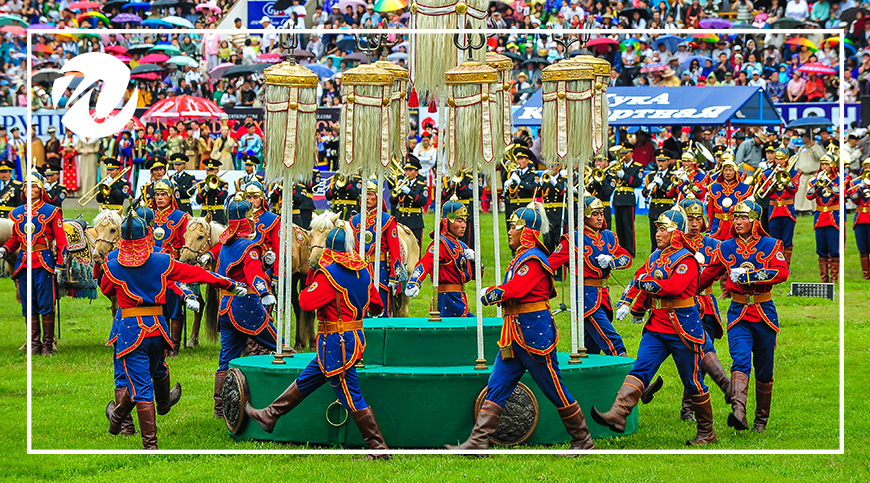 What does the Naadam Festival celebrate?

The Naadam Festival takes place each year from July 11–13 and usually a day or two either side. It is a celebration of national independence and a tribute to the nomadic ways of the Genghis Khan era. The annual festival honours the cultural heritage through traditional sports. The local people compete in the ‘three manly games’ of archery, horse racing, and wrestling. 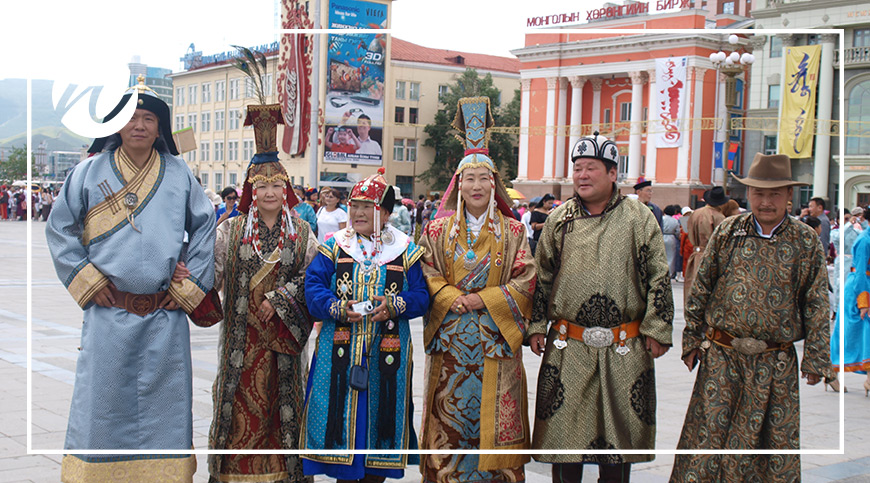 Mongolia gained independence from China in 1921.

The Naadam Festival then became a celebration, although the sports themselves have been ingrained in the Mongolian way of life for centuries. During the Qing Dynasty, monks could not participate in the now Naadam sports to keep the Mongolian population from becoming too strong. They would secretly rebel against this by holding mini Naadam events at weddings.

Why the ‘three manly games’?

Wrestling, horse racing, and archery have an important place in Mongolian cultural history, dating back to the times of Genghis Khan. He chose men for his army who were patient, strong, flexible, with excellent eyesight and hand-eye coordination. These qualities were tested and strengthened through these three sports and it is believed his army was so successful because of these skills.

What makes the Naadam Festival so spectacular?

Mongolia’s countryside has boundless grass steppes and also the vibrant red of the Gobi Desert. The plains are spotted with Ger camps and the nomadic way of life is alive and well today. Travellers join the local people to cheer on the horses, appreciate the dignified wrestlers in their costumes, and marvel at the long archery bows, based Genghis’ warriors’ style of bows.

Racers divide into six categories based on their ages and race between 10-26 km. What will surprise you, is that the jockeys are usually very young, aged between 5 and 13 years. They not only ride their beloved horses but also celebrate them with a special song called “giingoo” to elevate their spirits. Horse and jockey teams train for months and the horses treated with much reverence and care. 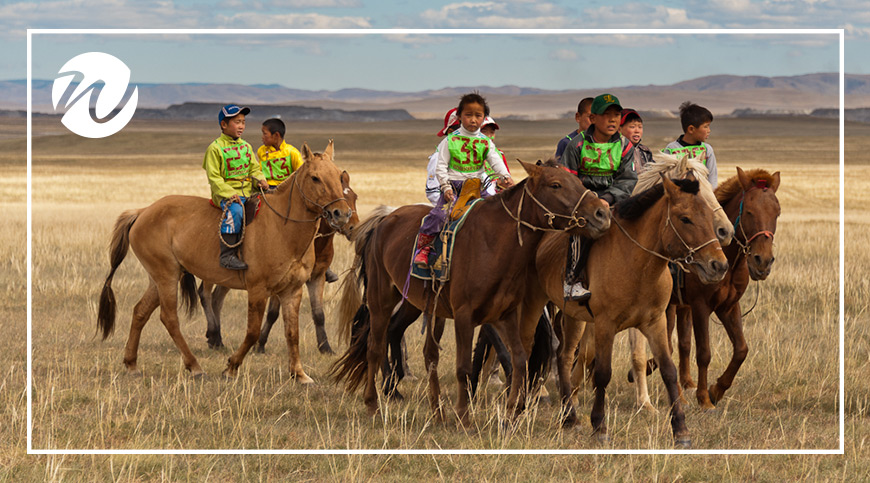 Mongolian wrestling is unique in that there are no weight divisions. They perform a traditional dance before and after their bout, imitating mighty eagles, hawks, and vultures as an expression of elegance and strength (and as a warm-up). 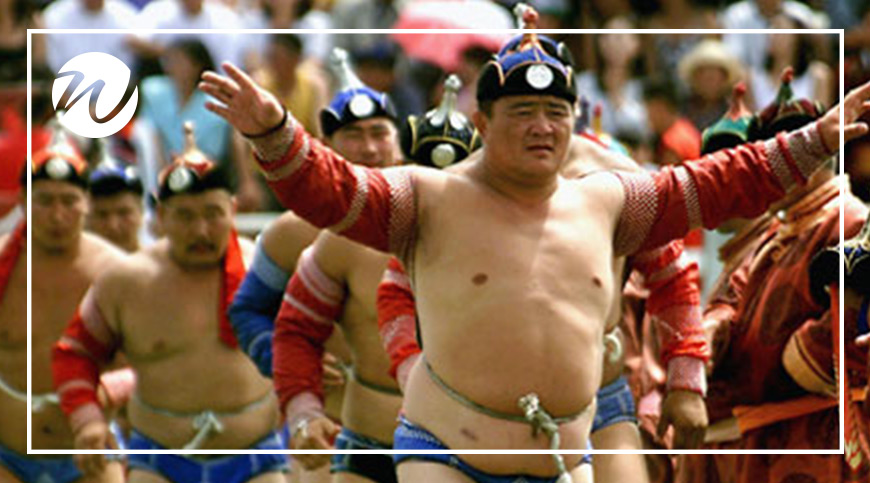 All archers wear traditional costumes and compete in three categories: Khalkh, Buriad, and Uriankhai, which use different bows and arrows, have different target distances. Khalh is the name of the majority group of Mongolia. Teams have 10 members. Each archer has four arrows and the team must hit 33 “sur”, a small cylinder used as the target. Men shoot their arrows from a distance of 75m, while women shoot from 65m. 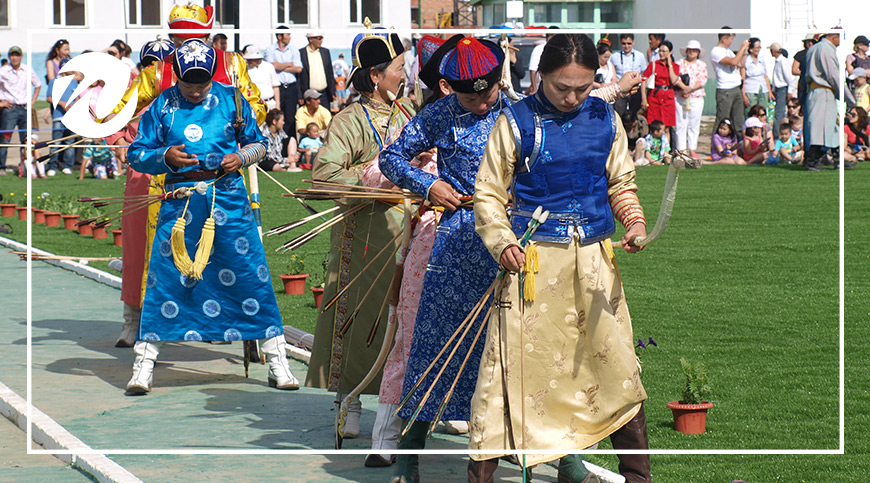 Also, don’t miss out on watching…

Not one of the ‘manly games’ but very popular, this game involves flicking a small rectangular soum at a stack of anklebones nine tokhoi (4.72m) away. Anklebones of sheep have been a source of play for Mongolian children for centuries and UNESCO officially listed Mongolian anklebone shooting on the Intangible Cultural Heritage of Humanity list in 2014. 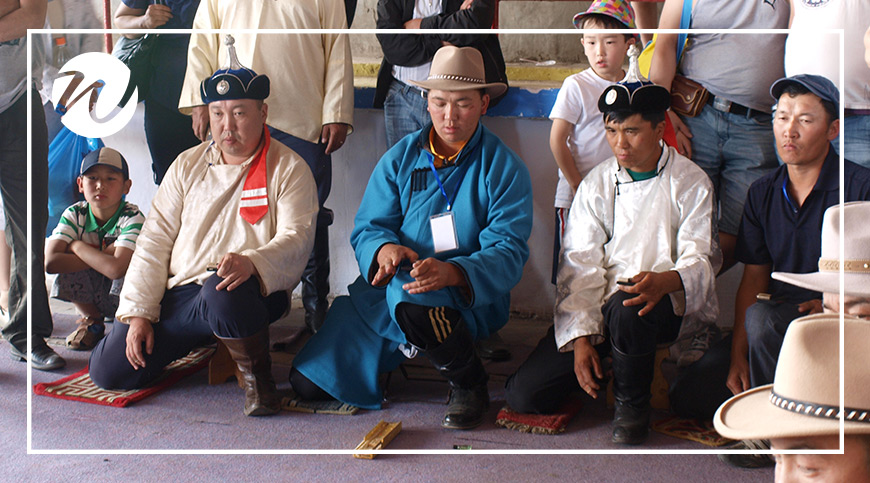 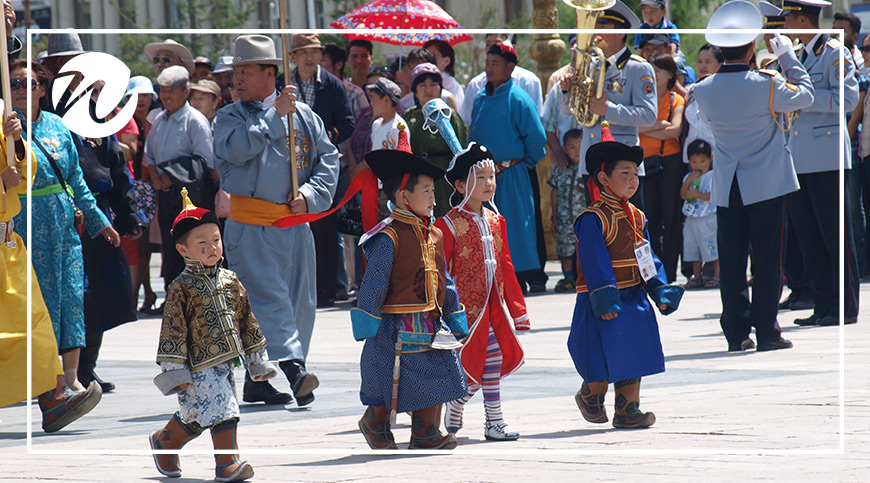 Around Central Stadium, get amongst the locals and try the Naadam Khuushuur – a crispy, deep-fried flat dumpling. Also sample airag, (fermented mare’s milk) which is a staple drink of Mongolia.

Our Mongolia & the Naadam Festival tour books up well in advance, so secure your spot today.

Keep Reading! Check out our Special Offers and some of our most popular blogs: