Alison Ward, one of our amazing Product Executives, recently travelled on one of our most popular China tours – A China Experience. She fulfilled a life-long dream to explore China. Please enjoy her account of her food journey through China where she experienced ‘a real taste of China’.

I had wanted to travel to China for years.  It all began around 1988, when Mum handed me a copy of Riding the Iron Rooster by Paul Theroux, and that was it, the seed was planted. I wanted to travel all over the country by train as he did. Paul knew how to see China, where to go and how long for. It took him close to two years to cover most of the country. He met many colourful characters and sampled the food, sharing a ‘real taste of China’ with his readers.

At a similar time, Michael Palin embarked on his inaugural journey of Around the World in Eighty Days. Following the footsteps of Jules Verne, he travelled around the world without boarding a plane, seeing Shanghai before the boom of the last few decades. 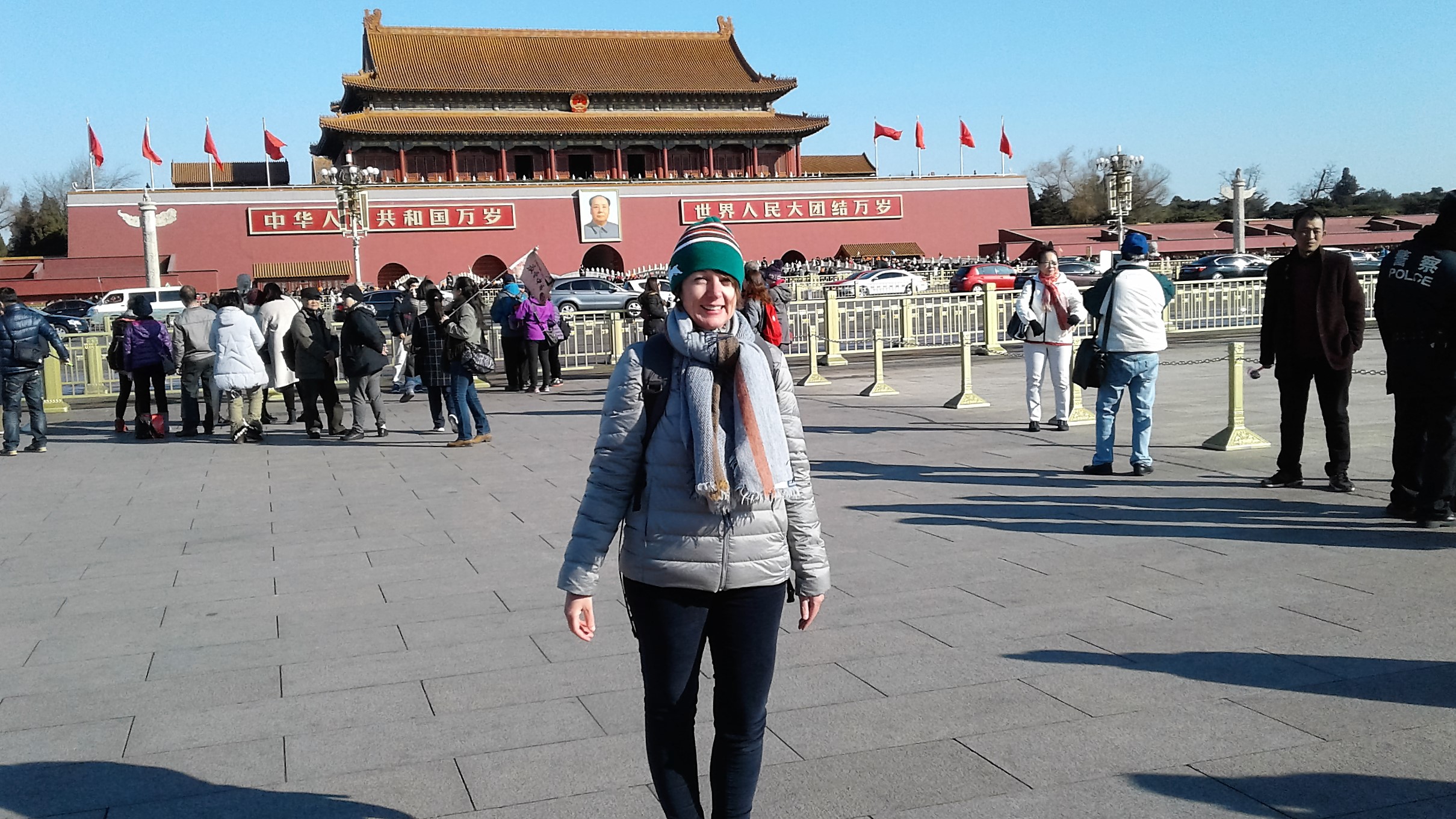 Fast forward two decades and everywhere is reached by plane, including travelling within China, where train travel is not as common as it used to be. Even the Chinese themselves travel everywhere by plane. To visit China for a short time though, this is really the only way to do it. The country is enormous, the scenery varies in every region, and there are so many cultures and dialects.

Of course, the other attraction for many, including myself, is the food.

So when asked to join our A China Experience tour, I jumped at the chance to get a taste of China, especially being in the Year of the Rooster. This tour ticks all the boxes in terms of awe-inspiring wonders:  Shanghai, Xian and Beijing, the Great Wall, the Terracotta Warriors, Tiananmen Square and the Forbidden City to name a few. It is an ideal introduction to China for first timers. A real taste of China, in more ways than one.

We started in Shanghai and travelled to Zhujiajiao, a water village.

Our local guide Kristy described the map of China as resembling the shape of a rooster. She proudly told us that Shanghai was considered the ‘belly of the rooster’.  Great, I thought, I’m in the right place for really get a taste of China!

The water village, which sits along an ancient canal, at first glimpse seemed a little touristy.  While wandering down the narrow alleyways, across solid stone bridges, we were pleasantly rewarded with quirky curio shops, cute tea houses lining the canal, and a wide array of local food. The stand out was the strange yet comforting smell which we were told by our guide was Zarou, pork cooked in bamboo leaves. On such a cold day, this looked like a winner, and it was!! When our group met for lunch, we were happy to see this dish in front of us to eat. It tasted even better than the smell – delicious!! There were also some shops selling homemade pickles, which had been stored in re-purposed Sprite bottles.

A few days later as we walked around the market surrounding the pretty Yu Gardens, where there was a wide array of street food on offer. All the locals were tucking in and again, everything looked and smelt fantastic. There were many items on skewers, ideal hand-held food so you can still look at the shops. 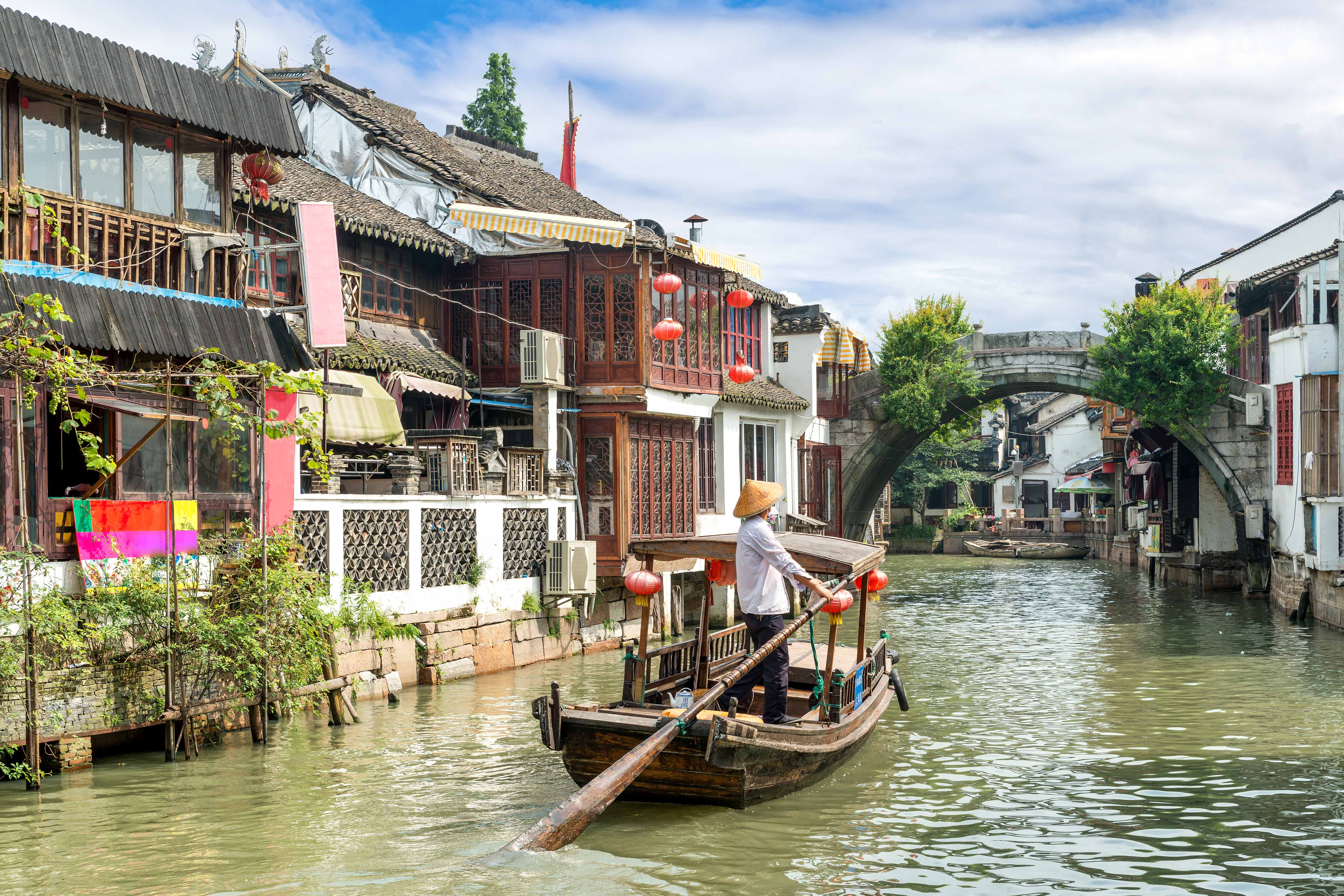 A few days later, we arrived in the city of Xian. With it’s prime position at the gateway to the Silk Road, Xian is also a crossroads of cultures. Here, there is a prominent Muslim community, who have influenced the food as much as the architecture.

After being dazzled by the Terracotta Warriors, and the impressive fortifications of the city walls, it was time to eat. Dinner was still served in the Chinese manner of shared dishes on a round table, but most dishes were not Chinese looking at all. In fact, one of the lamb dishes resembled a Moroccan tagine as it was so sweet, yet gutsy at the same time. There was sticky rice laced with dried fruit and honey, almost a dessert – delicious. And there were piping-hot steamed buns that we stuffed with stir fried beef and vegetables. A bit of a take on a burger, but better! The next day we wandered around the Muslim quarter itself, there were sides of lamb, pomegranate, and dried fruit and nuts everywhere, it felt as if we had been transported to the Middle East. 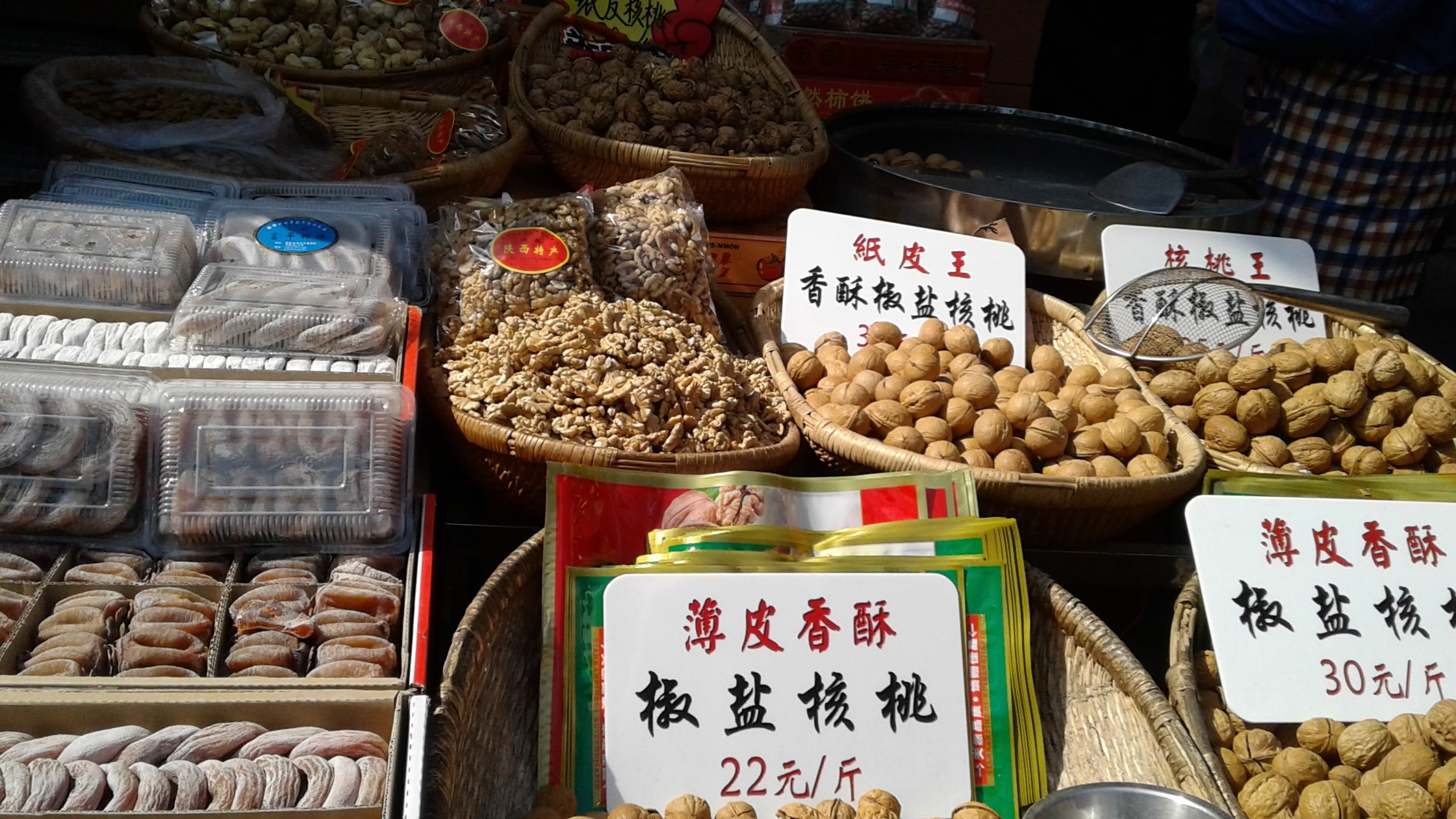 Our next stop was Beijing, and really, there is only one thing to eat – Peking duck.

This dish is revered around the world. Once marinated, the duck is cooked in a wood-fired oven. It is carved at the table, and served with paper-thin pancakes. The duck is accompanied by cucumber and spring onions, and sometimes pineapple and capsicum. It is delicious – a true taste of China!

There are countless dishes, street foods, and varieties of teas that we were lucky enough to try. The history and epic scenery blew me away! But it was the variety and quality of our food that I really enjoyed. I will definitely return to China to complete my rooster journey, but not in the way that Paul Theroux or Michael Palin did! 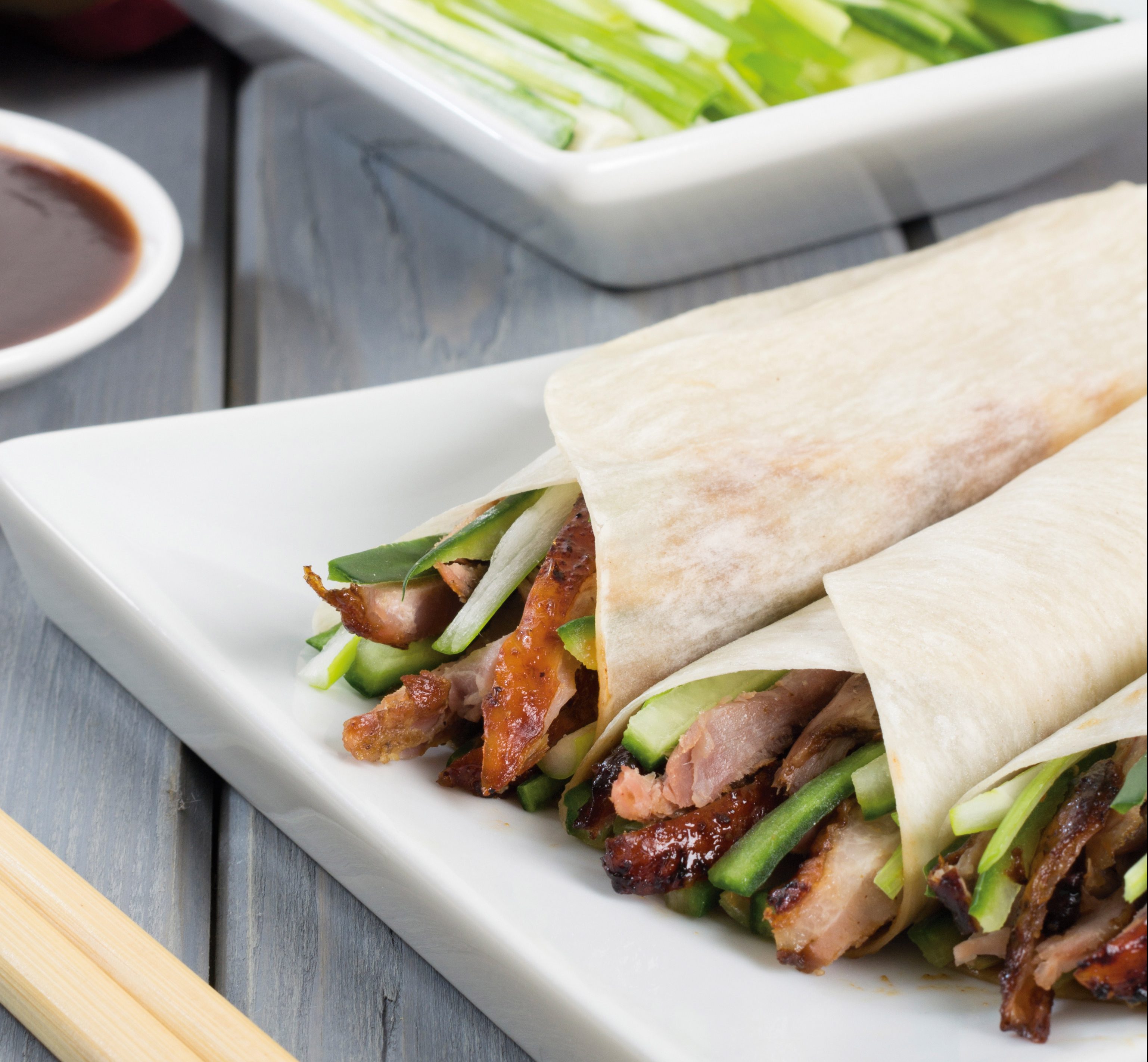 Other blogs that may interest you:

Which Section of the Great Wall

One thought on “A Real Taste of China”