The most famous city of modern Uzbekistan and is a UNESCO World Heritage Site. The city of Samarkand, 2,750-year old World Heritage city was the great in Central Asia in its time and has great significance to the Silk Road. Made famous by James Flecker’s poem, The Golden Road to Samarkand, no other city is more reminiscent of the Silk Road history. Samarkand positioned at the crossroads of the world’s greatest trade routes, and the city was founded in the seventh century BC and became part of Alexander the Great’s empire and later was the centre of the silk trade.

Samarkand must see is Registan Square, its dome and minarets are visible from every point of the city. Of the three madrassahs schools in Registan Square, Ulugbek Madrassah is the oldest, dating from 1412. Covered in impressive mosaic floral patterns made in islimi style, and has a tall portal decorated with astral patters and houses over 100 students to live in.

Explore the ancient architecture of Bibi Khanum Mosque the distinctive blue dome which towers above the city and the ancient fort-city of Afrasiab – also an important stop along the Silk Road and the centre of the Sogdian Empire.  The museum at Afrasiab is filled with artefacts, including crockery, tools, coins, terracotta statuettes and the enormous mural paintings which were rescued from the palace of a Sogdian ruler in the 7th century. Over the history of this legendary city on the Silk Road, Poets and historians of the past has called Samarkand, “The pearl of the Eastern Muslim World”.

Samarkand offers a wealth of wonderful sights and experiences. What better way to explore them than on a Wendy Wu tour?

Samarkand at a Glance

We all enjoy a good fact or two - here are a few useful ones about Samarkand:

The Lowdown on next years travel destinations is here! Discover the hottest places you should visit in 2019. 1. South Korea With Korean cuisine bigger than ever, travellers are flocking to the dramatic landscapes of South Korea. Seoul is an ideal shopping destination, packed with young fashion designers plying their trade amongst ancient temples and […]
Read Article
7

What is it about travelling that makes people happy? Is it leaving the familiar behind to explore something new? Is it the photos and gifts we bring back as memories? Or is it meeting new people, while seeing new sights along the way? Travelling allows you to see new traditions and cultures, and can also […]
Read Article
17 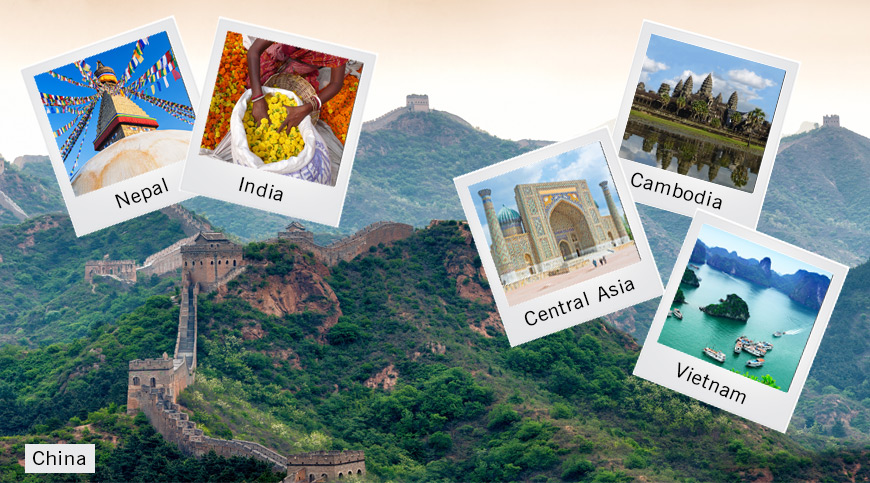 5 Benefits of Multi-Country Tours in Asia

Multiple Countries, Multiple Adventures! Did you know Wendy Wu Tours offers a tried and tested range of multi-country tours? Asia is rich in diversity, culture, adventure and beauty. Travelling on a multi-country tour allows you to discover the contrasts and similarities of neighbouring nations, and consequently, they are the tours that keep on giving! Explore everything Asia has […]
Read Article
19

Samarkand is a truly remarkable place and its epicentre, Registan Square, is one of the most beautiful places in which you could spend time. It comprises a huge square surrounded by three medressas (religious learning centres) all built around 15th century but the ravages of time, lack of maintenance, war and earthquakes saw it badly neglected until […]
Read Article
Read more blogs
Enquire Now
Why Choose Wendy Wu Tours?
Experience & Expertise
Peace of Mind
Don't just take our word for it
Our Awards