Book your holiday to Taiwan with Wendy Wu Tours

Taiwan is a charming island in East Asia, best known for its vibrant culture, delicious fusion cuisine and tranquil lakes and mountain ranges. Though Taiwan is small in size, it is large in life and is one of the most densely populated places in the world, the majority of its 24 million inhabitants living in cities along the west coast.

Taiwan is not only a land of contrasts, but also a culture of contrasts, with concoction of futuristic and traditional customs. It is highly technically developed and easily accessible with 2 airports, extensive bus routes and high-speed railways connecting across the island. Taiwan is home to around 15,000 temples and there is a strong following of Buddhism, Taoism, and Confucianism. Many Taiwanese continue to celebrate traditional Chinese festivals, worshiping gods and goddesses and warding off demons.

The crowded cities are home to a plethora of restaurants, shops and entertainment options in one part, and lush forested mountains, sandy beaches and marble-walled gorges in the other. The food is amazing and aside from Taiwanese food, a full Asian range can be found including Cantonese, Sichuanese, Beijing-style and Japanese food.

Like Japan and South Korea, Taiwan also has its own Sakura season. The Cherry Blossoms are in bloom starting in January and ending in April.

Taiwan offers a wealth of wonderful sights and experiences. What better way to explore them than on a Wendy Wu tour? 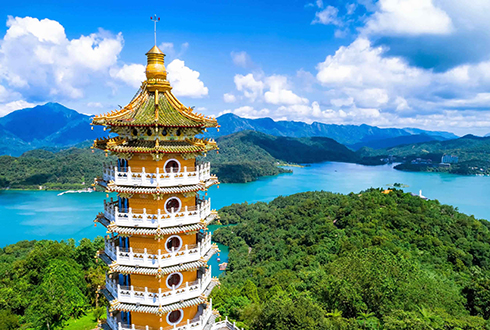 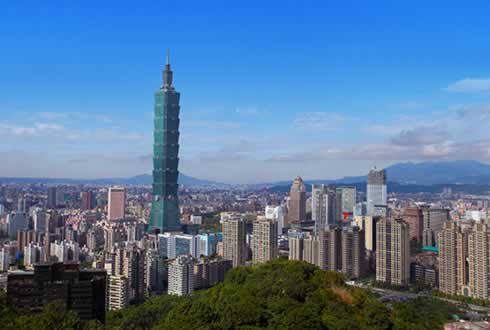 Embark on that once-in-a-lifetime adventure with a Tailor-made Holiday in Taiwan. We will help you design a trip to meet your exact requirements. Choose your destinations, accommodation, touring and experiences to create the perfect holiday.

Things to see in Taiwan

No trip to Taiwan would be complete without seeing one of the wonders listed below.

Amazing places to see in Taiwan

All of our holidays in Taiwan are accompanied by a dedicated National Escort throughout. We task them with the responsibility to keep you safe, happy, inspired and entertained and they respond with Gusto! Guiding you through the intricacies and eccentricities of the Taiwanese way of doing things with expert ease.

All of our National Escorts in Taiwan...

Our customers think the world of us

Awards are all well and good, but it's our customer feedback that means the most to us. We're proud that so many of our customers would be happy to recommend us to their friends and family - that's all the accolade we need.

Read all our Reviews

The Lowdown on next years travel destinations is here! Discover the hottest places you should visit in 2019. 1. South Korea With Korean cuisine bigger than ever, travellers are flocking to the dramatic landscapes of South Korea. Seoul is an ideal shopping destination, packed with young fashion designers plying their trade amongst ancient temples and […]
Read Article
24

To be 100% honest with you, Taiwan wasn’t very high on my list of “must do’s” in the travel world. It’s the sort of place that’s easy to forget about if you haven’t been there or don’t plan to. However, after spending a week there in May to explore this small island (formerly known as […]
Read Article
Read more Taiwan blogs
Enquire Now
Why Choose Wendy Wu Tours?
Experience & Expertise
Peace of Mind
Don't just take our word for it
Our Awards